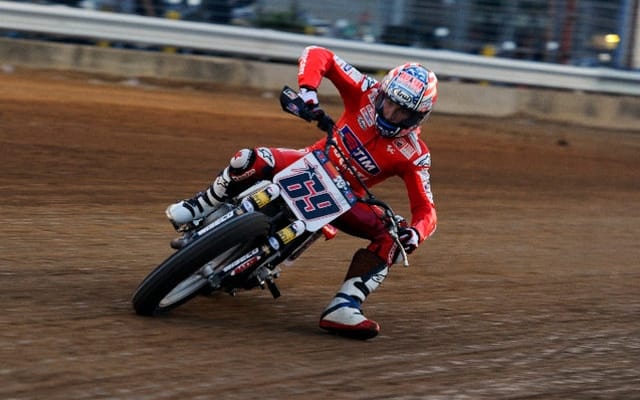 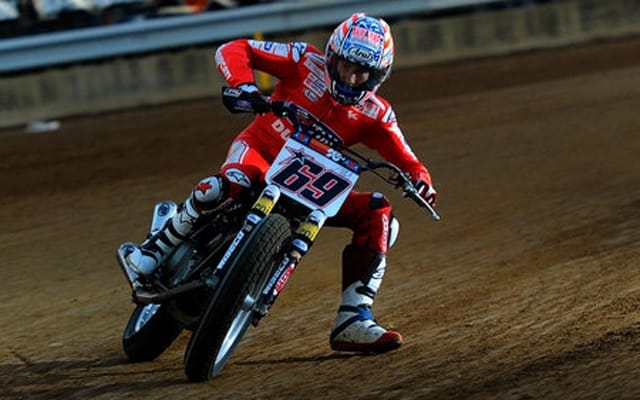 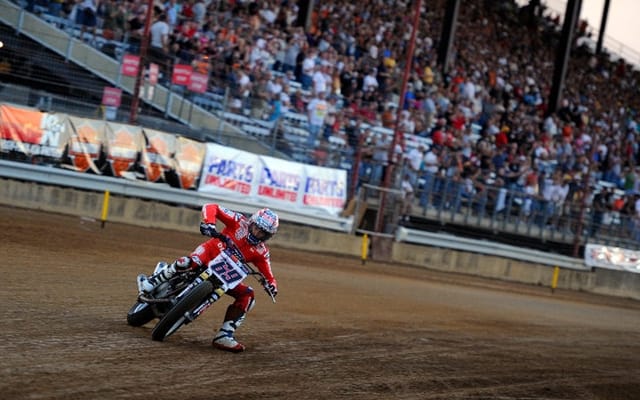 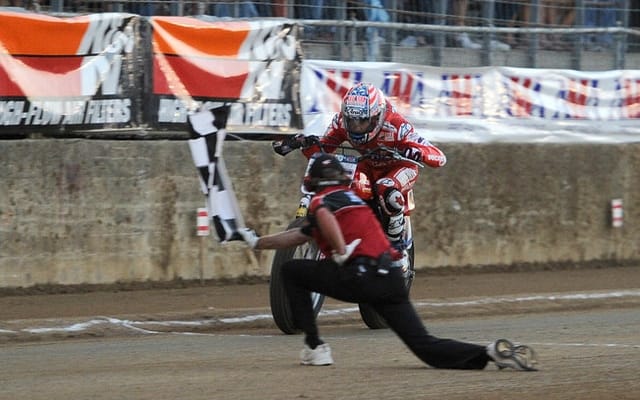 After qualifying third for the Indianapolis Grand Prix this past Saturday, Nicky Hayden decided to put in a few pre-race demo laps on Joe Kopp’s Ducati dirt tracker for the crowd at the Indy Mile. “Least I could do is get a couple laps,” said Hayden, this year’s grand marshal of dirt track event. “I’m going to go out, ride around… not sign up for the heat races or nothing like that. But definitely I’m looking forward to it.” Judging from a spectator’s youtube video below and these pictures posted on Hayden’s facebook page, it looks like the the 2006 MotoGP champion still knows how to back it in, even though he hasn’t strapped on a steel shoe professionally since 2002.

Bryan Smith won the event aboard a Kawasaki and Kopp finished sixth. Cycle Canada’s Neil Graham was in the stands at the Indiana State Fairgrounds and says it was the best race of the weekend. Look for his article on the Indy weekend in the next issue.