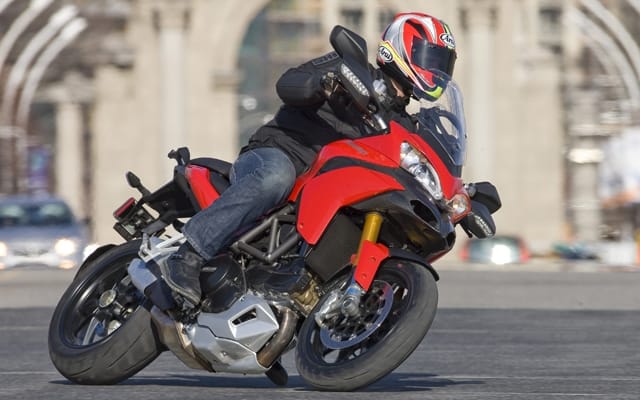 Transport Canada has included the 2010 Ducati Multistrada on 2 counts in its latest round of recalls.

On certain motorcycles, the center stand pivot screws may come loose during normal operation. If the screws back out, the center stand may detach, presenting a ground clearance hazard or coming into contact with the rear wheel and final drive system of the motorcycle while it is in motion. This may lead to damage to the motorcycle or present a hazard to the rider. Correction: Authorized Ducati dealers will repair affected motorcycles.