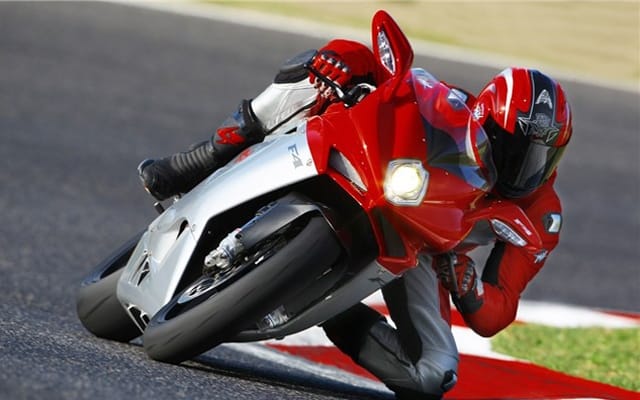 Harley-Davidson has sold its Italian motorcycle subsidiary MV Agusta back to Claudio Castiglioni, the former owner of the legendary marque. Castiglioni sold Agusta to Harley in 2008 for an estimated $106 million, but stayed on as chairman of the brand. No figure in the buyback deal has been disclosed by either party.

“MV Agusta is the crown jewel of Italian motorcycles, I am thrilled to have completed this transaction,” said Castiglioni on the new deal. “I have already won once together with Massimo Bordi, we made the most beautiful bikes in the world and we will continue with this tradition.”

Harley-Davidson announced its intention to sell MV last year as part of a financial streamlining plan that also saw the Milwaukee-based company suddenly pull the plug on its V-twin sport bike subsidiary Buell. Harley-Davidson President and CEO Keith Wandell said H-D was jettisoning the Italian brand because it wants to focus more on the core Harley-Davidison label.

“MV Agusta is a proud brand and we wish Mr. Castiglioni and the company’s employees well,” said Wandell. “Our decision to divest MV Agusta reflects our strategy to focus our efforts and our investment on the Harley-Davidson brand, as we believe this provides an optimal path to long-term growth.”