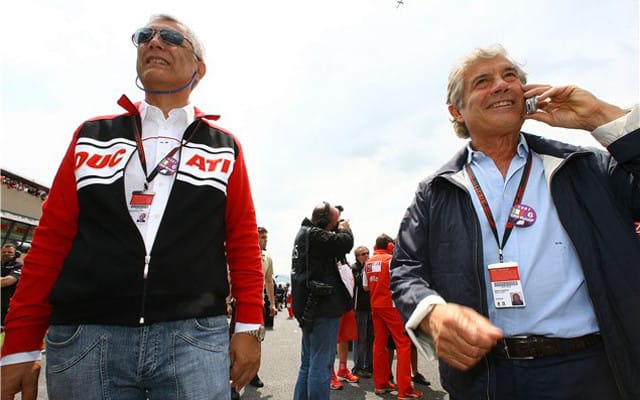 Ducati CEO Gabriele Del Torchio has confirmed Valentino Rossi will race for the Malboro Ducati MotoGP team in 2011. In an interview with Cycle World magazine, Del Torchio confirmed Rossi will be Nicky Hayden’s teammate next year.

“Nicky is a wonderful person and a great rider. This year, he greatly contributed to improving our Desmosedici racer. Next year, he and Valentino will hone the bike to its ultimate winning potential,” said the Ducati boss.

Ducati’s head also hinted that his company is working on replacing it’s existing 1198 superbike, believing the machine has reached the end of its development life, saying, “We knew that we were going to face a tough year in World Superbike. The new rules don’t help; someone was allowed to bend them, and our 1198 has reached its ultimate potential. In two years, we shall be ready with our new 1200cc Twin.”