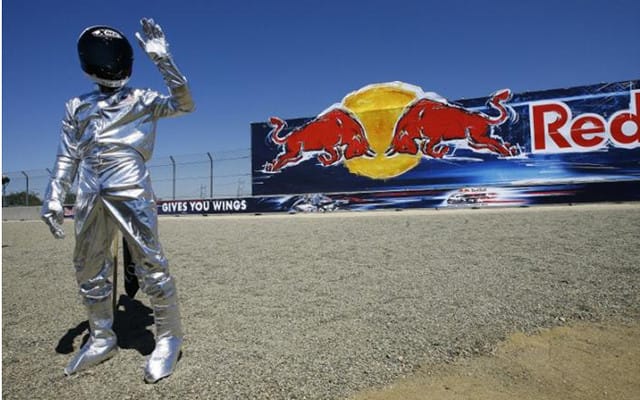 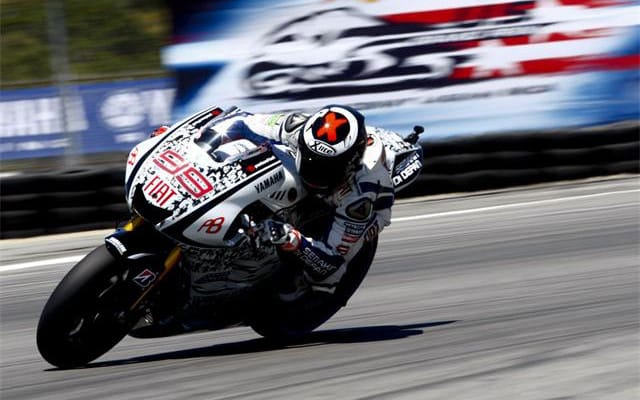 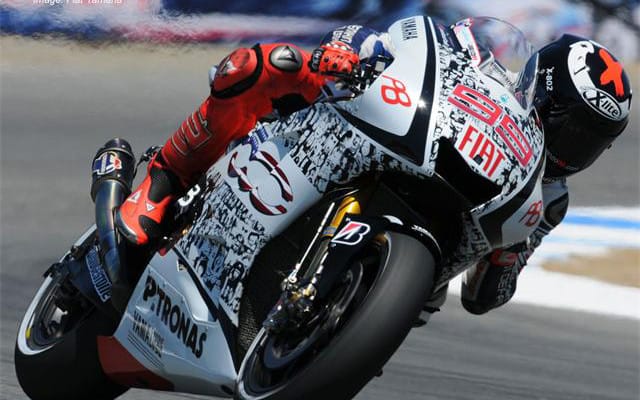 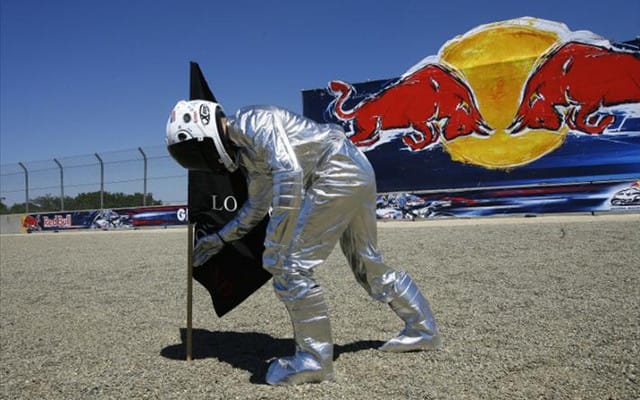 MotoGP: Lorenzo Over the Moon at Laguna Seca

Jorge Lorenzo increased his championship lead to 72 points over fellow Spaniard Dani Pedrosa, after winning the American MotoGP race at Laguna Seca on Sunday. It was Pedrosa aboard his Repsol Honda RCV who led the first eleven laps of the race, and looked like he might be on his way to his third and second consecutive win of the season. But Lorenzo pushed his Fiat Yamaha M1 hard to stay in touch with Pedrosa—a tactic that paid dividends on lap 12 of 32, when the Honda rider suddenly lost the front of his RCV and crashed out of the race. It may well become a pivotal moment in the 2010 championship, as it gives Lorenzo another 25 points to add to his total and leaves Pedrosa with nothing for the first time this season.

“It was clever to push Dani to the limit but not easy as well because Jorge is the championship leader and he had the most to lose, he really had to ride at the maximum to do this,” said Fiat Yamaha team manager Wilco Zeelenberg.

“We’re happy Dani isn’t hurt and now we have an amazing 72-point lead as we break for the half-way point of the championship,” Zeelenberg added.

Lorenzo celebrated his victory at Laguna by dressing up in a NASA-type spacesuit (pictured) and performing a mock moon-walk through the corkscrew gravel, where he planted his Lorenzo Land flag.

“I am so happy to win here at Laguna Seca, it’s something I’ve always dreamed of,” said Lorenzo, who was injured in his two previous appearances here. “I rode so well today, right on the limit and I had to push very hard to stay in touch with Dani. He is always so strong on race day but I knew if I kept the pressure on him then there was a chance he would make a mistake and I would be able to catch him. I’m sorry he crashed but from then on it was very easy for me because I had a big gap from Casey. I have a big lead in the championship but there is half of the season left and it wouldn’t be the first time a rider has lost the title with such a big lead, so we can’t take anything for granted. I am really looking forward to some time to relax now after two very busy months. Thanks to everyone in my team for doing a brilliant job.”

Round ten of the 2010 championship takes place at Brno on August 15.