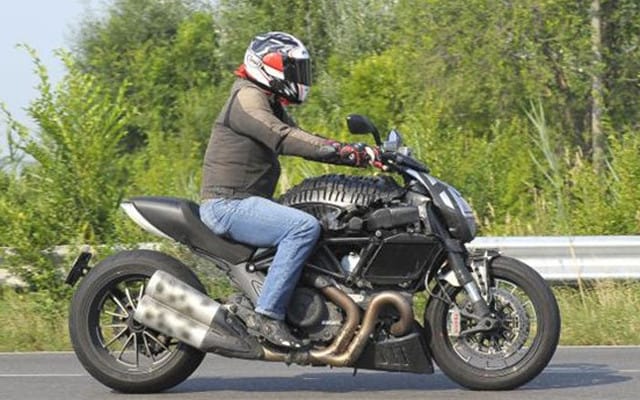 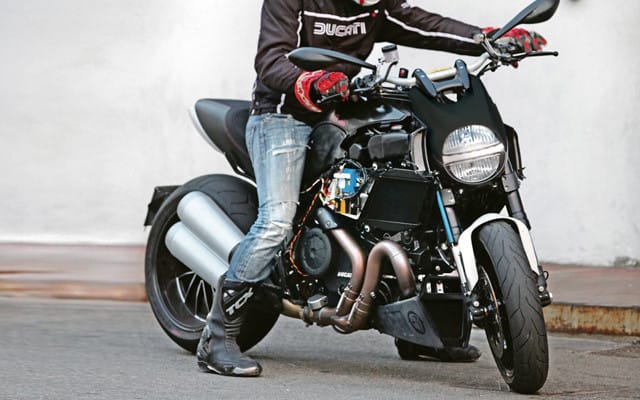 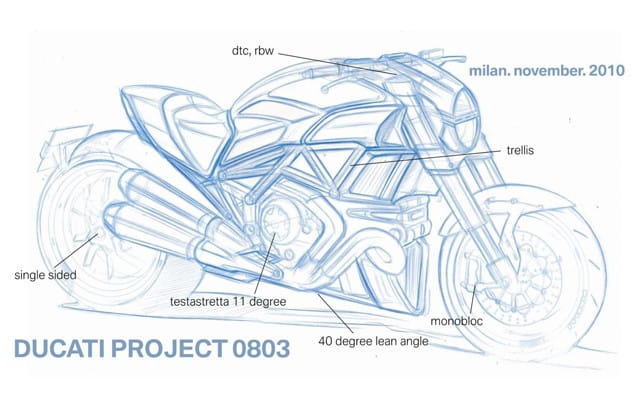 More spy images of Ducati’s Project 0803 bike, aka Megamonster, aka Ducati Vyper, have emerged, the latest courtesy of Italian publication Moto Sprint. We’re not sure how to categorize the new machine but this shot certainly gives us a full sense of its substantial girth. A purported official design sketch of the Ducati musclebike, “leaked” to the press last week, divulged such details as the project 0803 code name, ride-by-wire throttle and traction control, and that the bike will be powered by the same 155hp 1198cc v-twin that’s used in the Ducati Multistrada 1200.

Ducati has also released an official statement in response to the flurry of supposedly leaked information:

As many you may have noticed, there has been quite a bit of activity in the past few weeks surrounding a supposed new Ducati model. I wanted to take this opportunity and send you a note saying indeed we do have a surprise in store for this year’s EICMA show. Our R&D department is working around the clock to complete development of this radical new motorcycle, for which time to complete final design and engineering elements will surely come down to the wire.

I’m sending this letter today in order to inform you of our communication plan. Since many details of the bike (big and small)  are still being sorted out; I have elected not to forward information or photography until the rolling prototypes come close to resembling what the final product will look like.

Stay tuned for further information from the Ducati Press Department; and I can assure you the final bike will impress all with the design, performance and technology everyone has come to expect from Ducati.

Hell for Leather has an interesting exposé on spy shot marketing campaigns, something the seems to have become the status quo amongst motorcycle manufacturers.