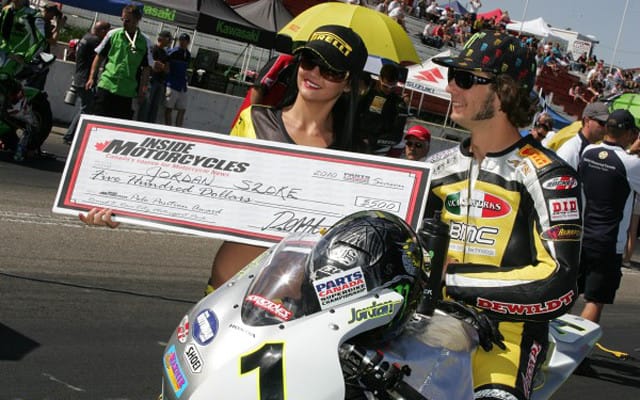 Six-time Canadian Superbike champion Jordan Szoke has entered to race in the AMA Pro Superbike event this weekend, July 16-18, at Mid-Ohio. Coming off five straight Superbike wins in the Parts Canada Superbike Championship, the Brantford, ON native has entered his Waznie Racing/Ciclo Werks BMC/DeWildt Honda CBR1000RR in the Honda Supercycle sponsored weekend, as of today ironically the only Honda set to race there in the pro superbike class.

“This year has been tough for everyone, myself included.  This particular cameo is coming out of our limited budget, mostly self funded, but I really want to ride our Honda at an AMA round to see what we can do,” said Szoke.

Szoke place fifth the last time he competed in AMA Superbike at the Mid-Ohio course in 2003.

“I really cannot wait to compete in the US again, the last time we were here I was with Scott Miller from Fast Company.  It seems fitting that coming back here, we are teamed up again.  We have had such great success in Canada so far I can’t thank the crew from there enough for working as hard as they do to put a perfect machine under me.  We really make a great combination.”

Szoke will return to his run at a perfect season and 7th superbike title during the final two rounds of the Parts Canada Superbike Championship, Aug. 5-8 at Atlantic Motorsports Park in Shubenacadie, NS.