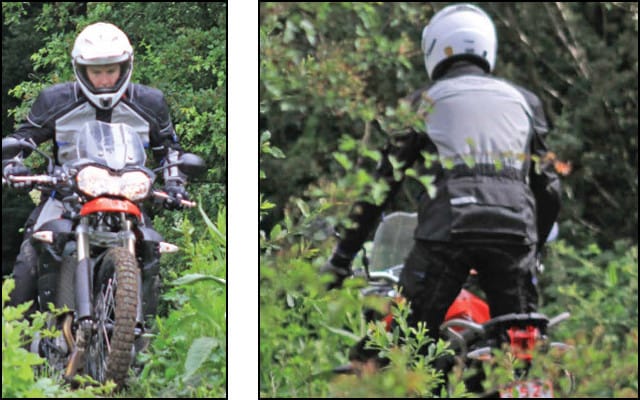 Triumph has released a teaser video (below) announcing a new “adventure” bike, in enduro and road-oriented versions. The first of four videos on a new dedicated Triumph Adventure website—the others will be released in 1 month intervals—gives few details, but speculation is that these models could be the oft-rumoured Tiger Cub, likely fitted with a version of the 675 Triple engine that powers the Daytona 675 and Street Triple. If so, Triumph’s new adventure models would be taking direct aim at BMW’s F800GS.

The photos we’re showing you, which Triumph proudly confirmed via their Facebook page as the real deal, are spy shots courtesy of motorcyclenews.com.

The full reveal of the new adventure models is scheduled for the EICMA motorcycle show in Milan this November.