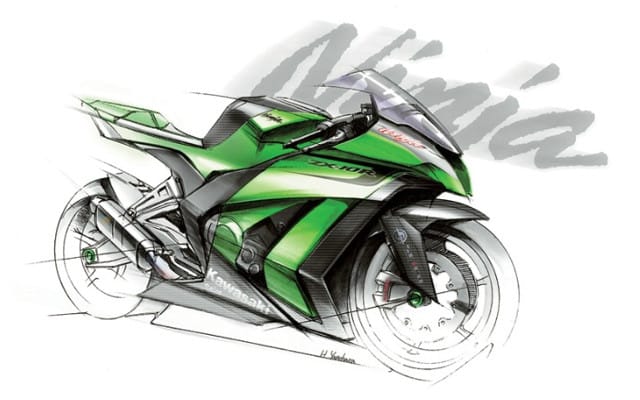 Kawasaki has begun a marketing campaign for their 2011 Ninja ZX-10R by creating a website for the “completely redesigned” litrebike. The bike specific site displays a designer’s sketch as well as  a promo video with flashy digital effects leading to a shot of the same sketch. There is mention though of  “new engine, new frame, new suspension”. Any technical details you might be hoping for will be released closer to the launch in 2011, says the Japanese manufacturer.

Kawasaki is hoping to mount a serious challenge in World Superbike next year with the ZX-10R. Chris Vermuelen, who has been hampered by injury this season, will be testing and racing the new machine which Kawasaki says will be also racing in British Superbike next year.