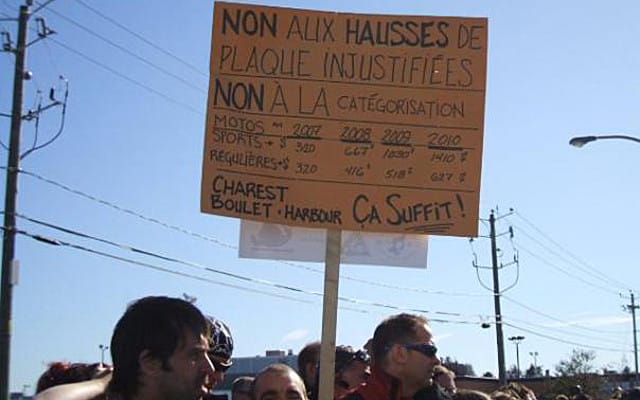 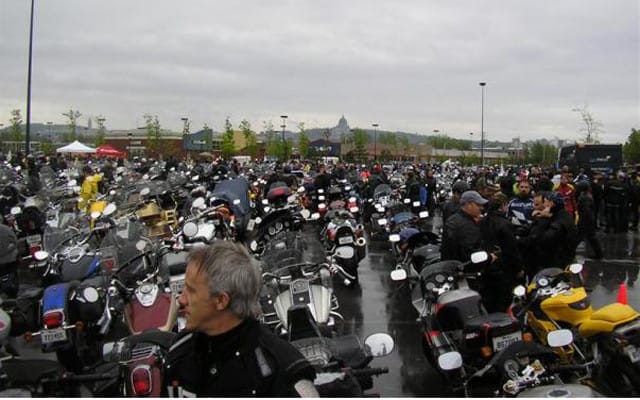 Quebec in Talks with Riders over Insurance

Quebec’s transportation Minister Julie Boulet along with the Société de l’assurance automobile Québec (SAAQ), the province’s auto insurance board, has agreed to enter discussions about inflated motorcycle insurance fees with the Front commun motocycliste, a rights group representing 180,000 motorcyclists in Quebec who are mad as hell about skyrocketing insurance premiums. The three parties agreed to sit down on Friday to lay the groundwork for a study of the riders’ concerns, after a major protest threatened to disrupt Saturday’s Canadian Grand Prix in Montreal.

Motorcycle insurance premiums in Quebec have risen dramatically since 2008 when the SAAQ instituted a differential fee scale after their data suggested a direct link between the size of a motorcycle’s engine and the risk of accidents. The cost of registering a regular motorcycle, with an engine displacement greater than 400 cc, has risen to $627. In 2009 it was $518, and before the SAAQ began its differential registration fee system the cost, regardless of engine size was $320. The fee for a bike in SAAQ’s “high-risk” (read sport) category has jumped to $1,410.

Eric Lessard from the Front commun motocycliste said the hikes are unfair.

“The type, the horsepower of motorcycles, doesn’t have any relationship with the level of accidents. It’s rather the behaviour and experience of a motorcycle driver that makes the difference,” said Lessard.

He’s pleased though that the government has made a commitment to review the SAAQ’s model. The study panel is slated to convene this summer.