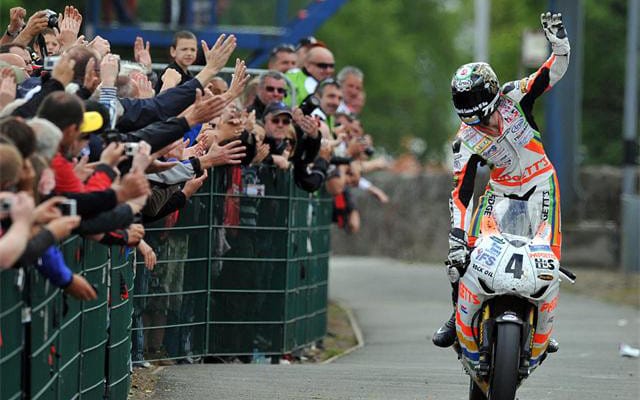 Padgetts Honda rider Ian Hutchinson became the first man to ever win five Isle of Man TT Races in a week after winning a shortened 4-lap Dainese Senior race on Friday. The race had to be red flagged and restarted after frontrunner Guy Martin crashed heavily during lap 3 and was airlifted to hospital with bruised lungs and minor spinal fractures.

With his win in the Senior TT, Hutchinson broke the 14-year-old record held by 11-time champion Phillip McCallen, previously the only man in the TT’s 103-year history to win four races in a week.

Hutchinson’s sweep of the IOM solo races (Superbike, Superstock, both Supersport events, and the Senior TT) made him the comfortable winner of the Joey Dunlop Trophy for the overall TT Championship, finishing 61 points ahead of Michael Dunlop and Ryan Farquhar.