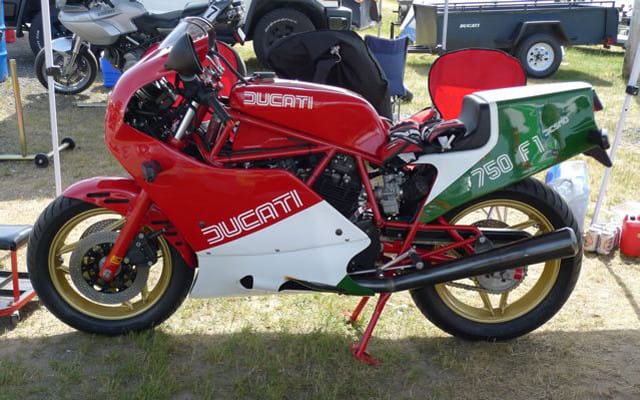 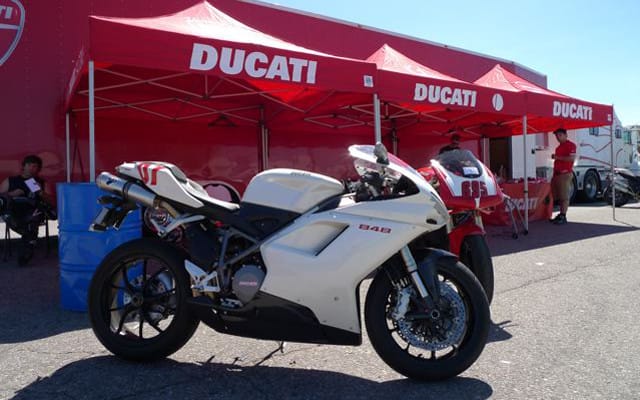 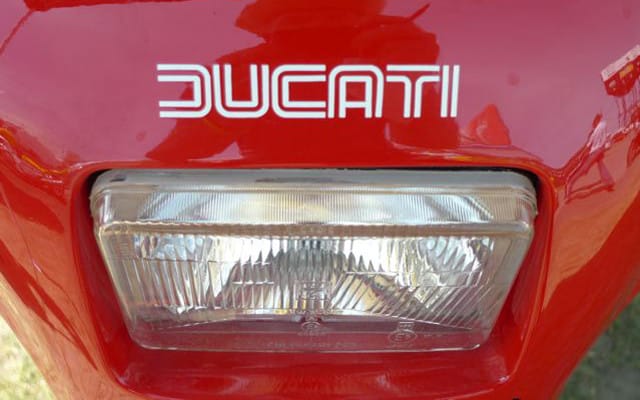 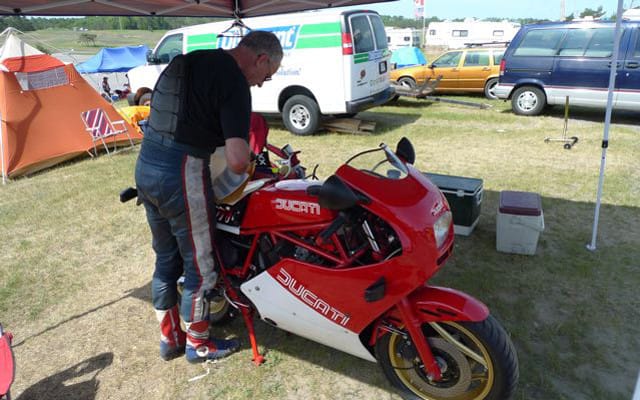 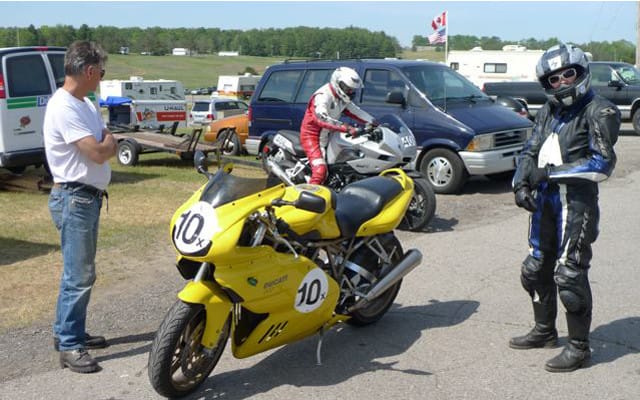 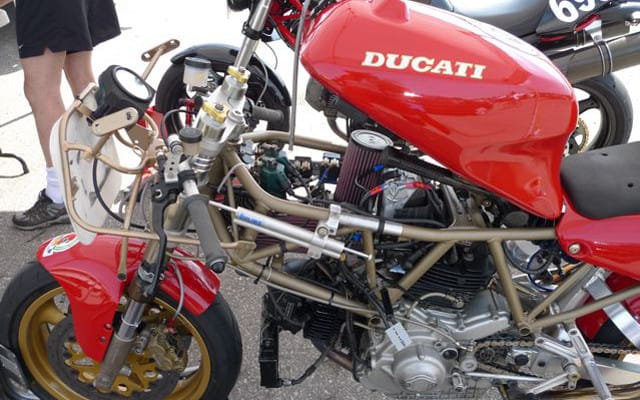 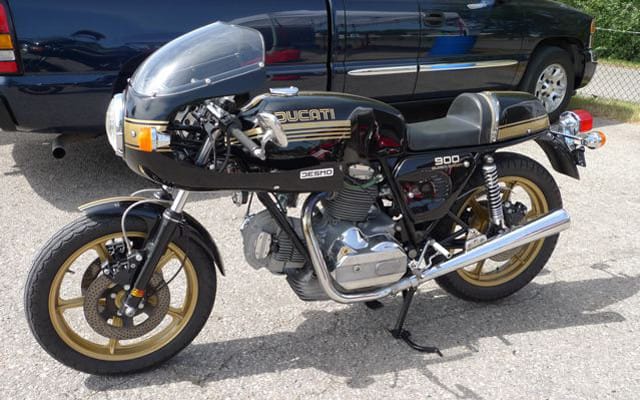 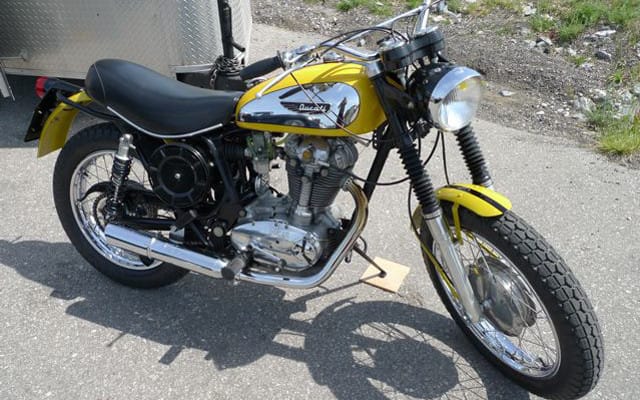 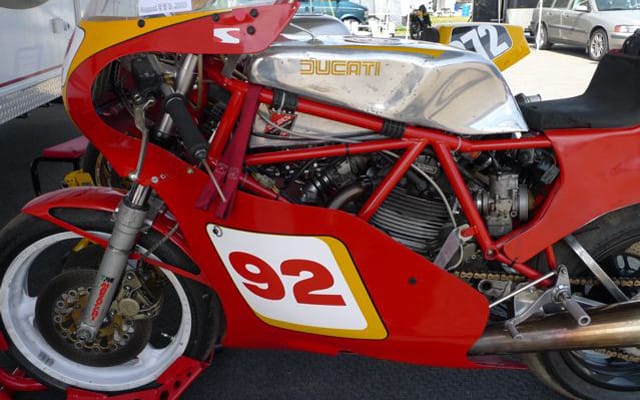 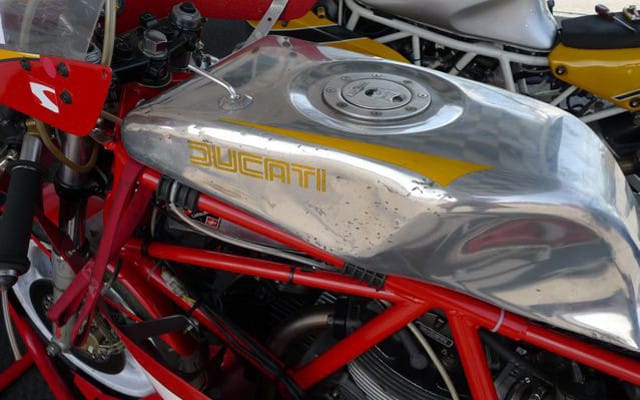 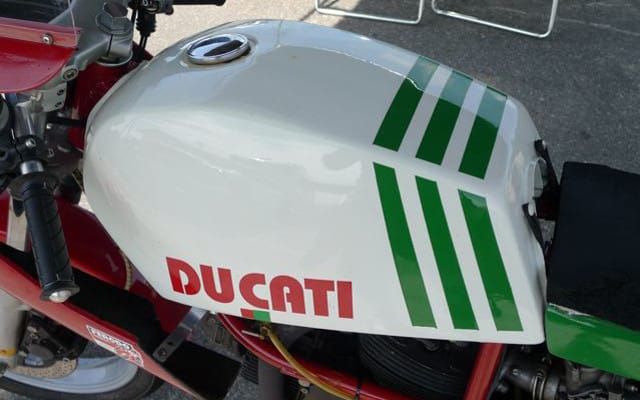 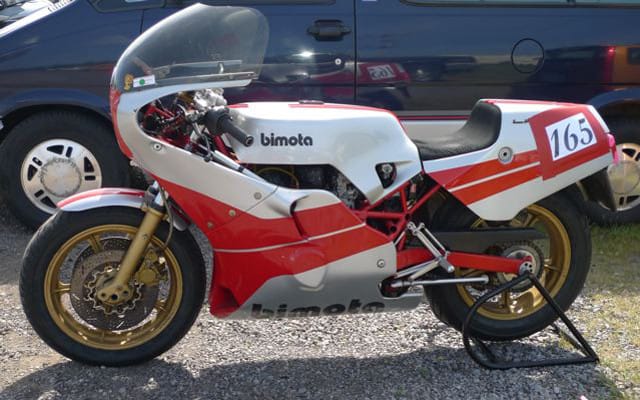 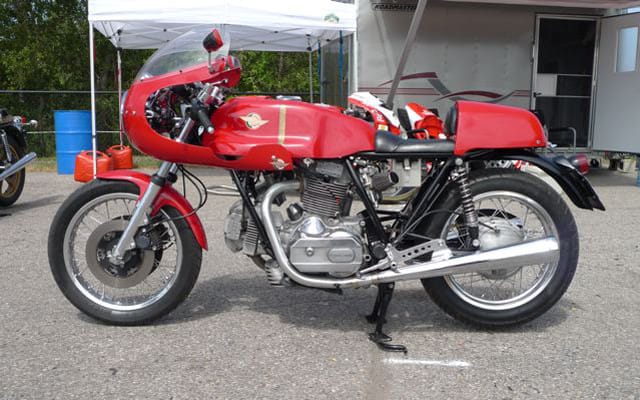 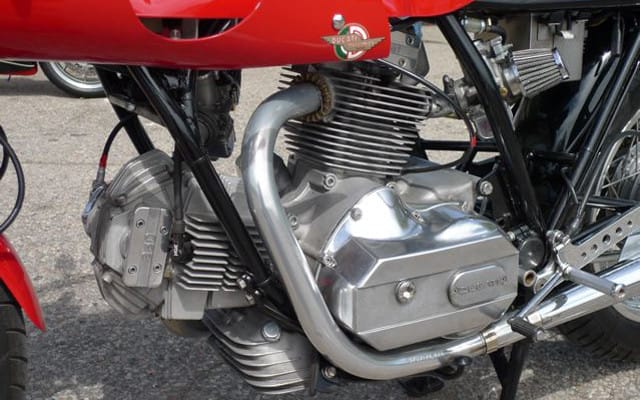 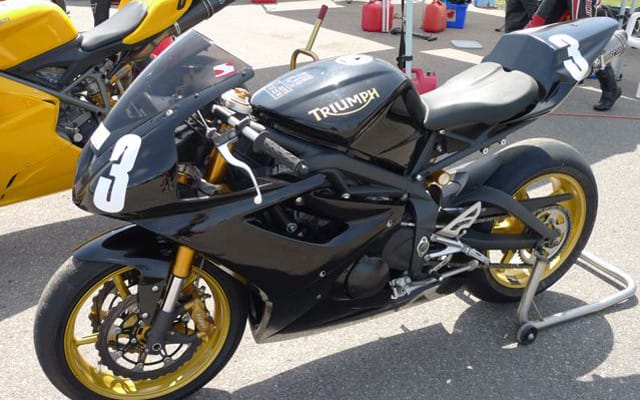 Two days of thrashing one of my favourite motorcycles is the best way I can think of to welcome the month of June.

There is nothing as sweet as a mid-size motorcycle. Diving deep into the second-gear Moss’ corner at Mosport raceway, I get a good drive on the Ducati 1198 in front of me and pass him on the exit. I hold the throttle to the stop on my 848 and the front wheel skims the rises on the long back straightaway. The 1198 pilot, with his 40-plus additional horsepower, cannot be as brazen with the throttle as I am, and I streak into the distance. I feel the joy of a minor triumph. But not for long. At the entrance to the next corner a Triumph 675 Daytona (another middleweight!) bolts past. Beaten at my own game by a rider with superior skills. Damn.

It is the 22nd running of the Ducati Owners Club of Canada Mosport rally, and I’m here as a guest of both the club and of Ducati North America’s man on the ground for Canada, Steve Hicks. (Actually it’s Hicks and family, as his wife and two 20-something daughters join him.)

The DOCC has three rallies every summer, and unlike our friends at Pro 6 Cycle, who run a for-profit track day business, the DOCC is volunteer run. But don’t think that volunteer-status equates to sloppy—the bikes might be Italian but you could be forgiven if you thought the organization was Swiss. Before every session riders are checked for back protectors and chinstraps, and the public address system warns riders in advance of approaching track time. Traditionally, the three-day rally is reserved for European motorcycles on Saturday and Sunday with Japanese motorcycles welcome on Monday, but with fewer Americans making the trek north this year, Japanese bikes are welcome on any of the three days.

Riders are separated into three classes based on speed, and I’m in the fast group. (But that’s “fast” with an asterisk. I’ll always remember superbike-champ Steve Crevier’s comment when he joined Cycle Canada at a track day test a few years ago. “Which class is on the track now?” asked Crevier. “The fast class,” I said. Crevier gave me a hard look. “There is no fast class at a track day.”)

A highlight of the weekend is riding Paul Hewitt’s vintage bevel-drive Ducati that is featured in the July issue of Cycle Canada. I slip down a class for a session so I don’t get run off the track by modern machinery—switching from the 2010 848 to the circa-1975 Ducati bitza is like stepping back to the era of steam propulsion. With a flywheel as heavy as a millstone, the old bike gains speed leisurely and has the stability of Stonehenge. Paul’s yelled-over-the-racket “you don’t need them” when I ask about the lifeless brakes (I nearly bump the bike in front of me while staging for the session, as even a mighty squeeze on the lever does nothing) turns out to be correct: you don’t need brakes. Or, more accurately, the engine braking is more effective than the brake braking. Just rolling off the throttle is like sinking into sand. This weekend is the bike’s maiden run, and as I step off the bike back in the pits, Paul asks if I think that anything is wrong with the bike. “Everything is wrong with it,” I laugh. “But it’s absolutely perfect as is.”

For more information on the Ducati Owners Club of Canada visit docc.ca