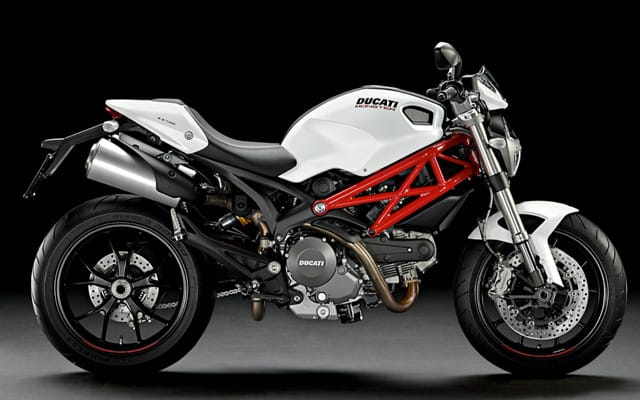 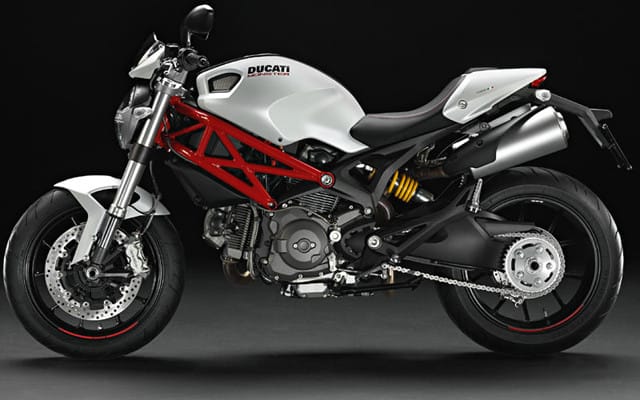 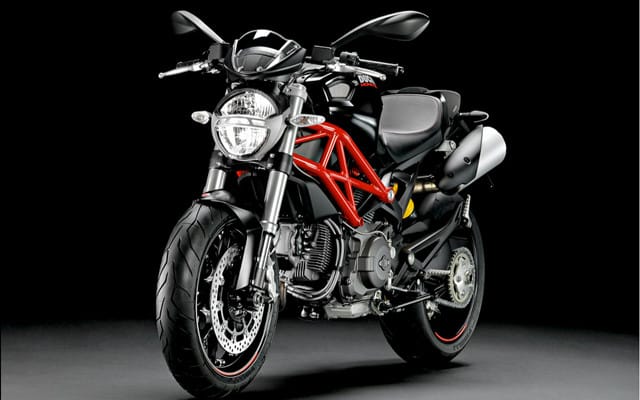 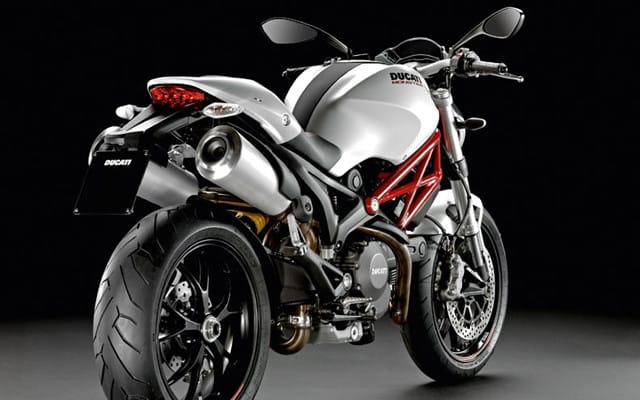 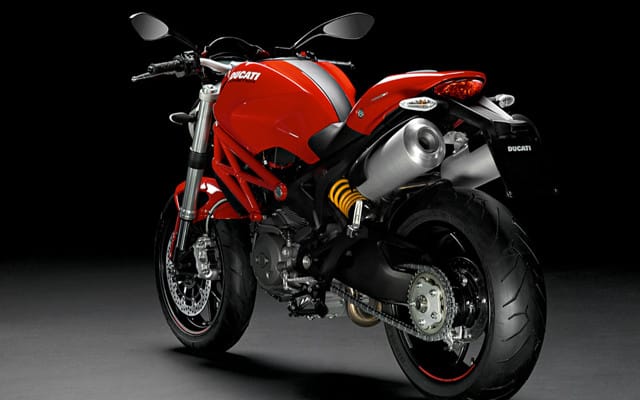 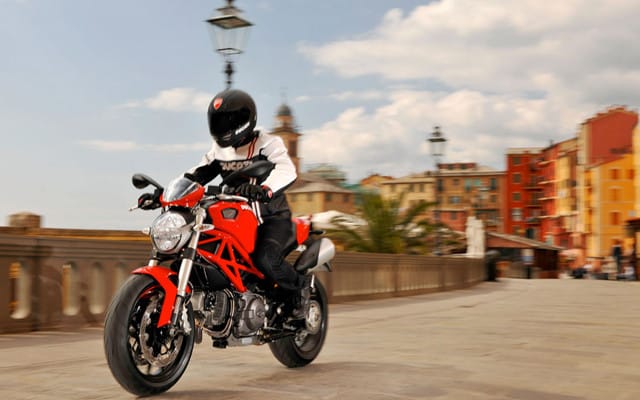 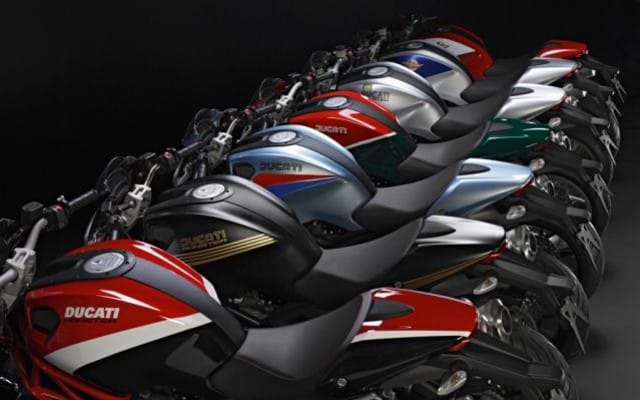 Ducati has announced a middleweight addition to its top selling Monster range—the Monster 796. Powered by the same air-cooled two-valve 803cc engine found in Ducati’s Hypermotard 796, the new Monster shares the HM’s 87 hp, 58 lb/ft of torque and wet slipper clutch. The only other difference between this medium Monster and its Monster 1100 and Monster 696 siblings is a redesigned seat, higher handlebars and 5 spoke wheels.  It comes in white, black and red and will be available in Canada starting in June for $11,495 says Ducati.

Speaking of colours, in an effort to steer buyers toward the Monster 1100 and 1100S, Ducati is including what they call a Monster Art Body Kit with every purchase of the 1078cc models before June 30. The package, available in 10 different finishes, includes tank panels, front mudguard, micro-bikini fairing and a single seat cover. With it a rider can change the body colour of their Monster daily in as little as 10 minutes, says Ducati.