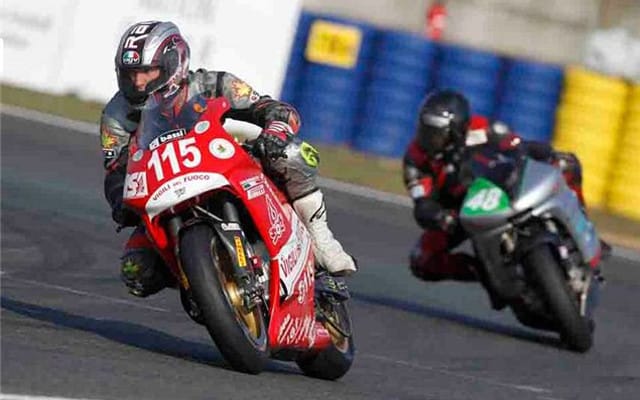 Thomas Betti took victory in round 1 of the FIM E-Power zero emission championship at Le Mans this past weekend, riding a bike built by his father, Luciano, who also raced in the event and placed last. Reiner Kopp and Christian Amendt were the other two podium finishers.

The younger Betti, who is an Italian firefighter by day, started from the pole position and dominated the 6 lap event. The 5 competitors in the year’s first electric motorcycle road race were forced to conserve energy during the final laps in order to be able to go the full distance.

The next round of the e-Power Championship will be held on 22 May in Albacete, Spain.