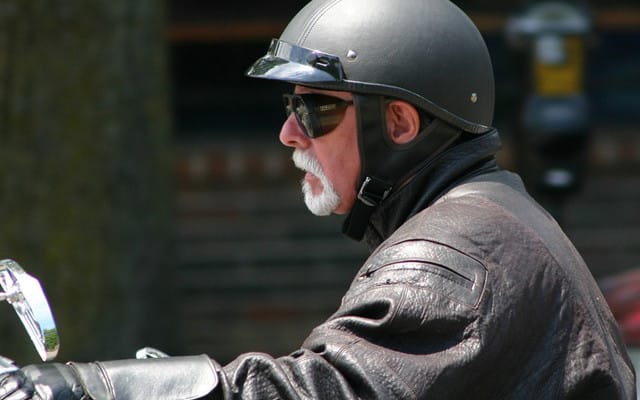 When New York-based trauma surgeon Dr. Mark Gestring started noticing that the motorcycle crash victims he was seeing in the E.R. were getting older, he and some colleagues at the University of Rochester Medical Center decided to do a study. They wanted to find out whether or not it was Gestring’s imagination that less and less of his patients were stunt riding kids and more and more, baby boomers and seniors, many of whom had been riding powerful machines beyond their capabilities. Gestring’s team gathered ten years worth of motorcycle accident related hospital statistics and found that from 1996-2005, the average age of a person injured on a motorcycle increased from 34 to 39. The fastest growing group of all the injured riders in the study was in the 50-59 range. The group in greatest decline, 20-29.

Peter Jacobs, president of the Motorcyclists Confederation of Canada, claims that he sees a similar pattern here in Canada.

“It’s a consequence of the baby boom generation,” said Jacobs in Toronto Star intervieew. “People were into riding when they were young, they stepped away when they had their families and now they’ve got a nest egg, so they buy a bike and get back into riding.”

He doesn’t believe the study’s findings fully apply here though, adding that Canadian motorcyclists tend to generally be safer riders and, unlike the U.S., Canada has universal helmet laws. But he does agree with with the study’s main finding that aging motorcyclists are at greater risk and therefore need to exercise greater caution.