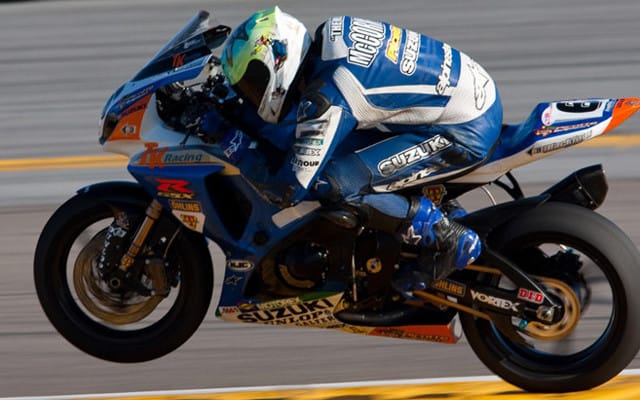 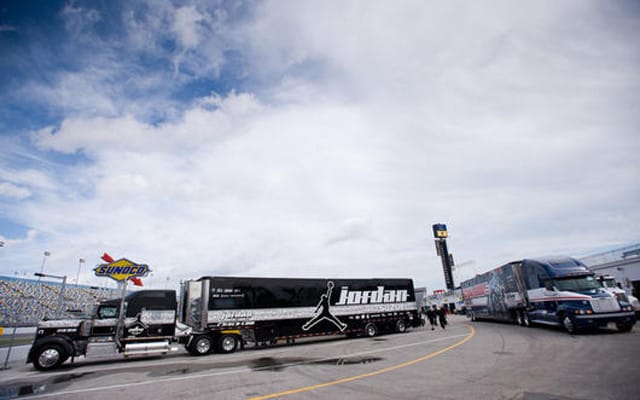 Looks like Brett McCormick passed his test at Infineon raceway this past weekend to earn a ride with Jordan Suzuki. The 2009 Canadian Superbike Championship runner-up has reportedly signed with the AMA Pro American Superbike team to race in place of long time Jordan rider Aaron Yates while he recovers from injuries sustained during a warm-up session on March 28 at Fontana. Yates, who broke his leg in several places and underwent six hours of surgery, is expected to be out of action for approximately 8 weeks.

The Jordan squad fields two Suzuki GSX-R1000 superbikes and after witnessing 18-year-old McCormick’s televised battle with veterans Ben Bostrom and Chris Ulrich in race two of the second AMA Superbike round (where the Canadian finished 7th), decided to give “the kid” a try out. Jake Zemke who rides the other team entry, sponsored by the National Guard, is currently leading the superbike series points standings. McCormick, sitting 10th overall, will make his debut aboard a Jordan machine during the next round of the season at Road Atlanta, near Braselton, Georgia, April 17-18.