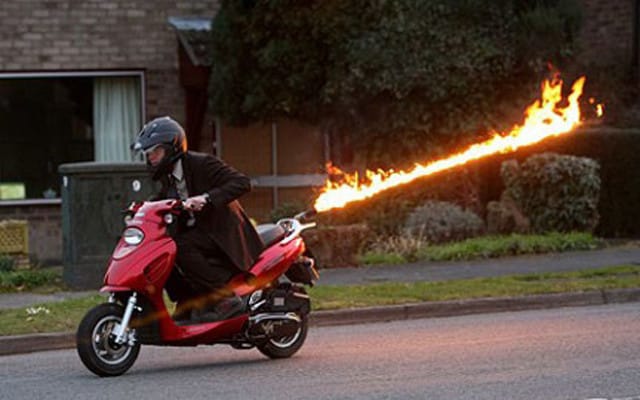 Colin Furze was arrested last week for using his flame throwing scooter on a public road. The UK plumber had previously been warned by police that his invention was not legal for road use—just riding the modified scooter is presumably okay while emitting a fiery rooster tail is not.

Charges were laid after Lincolnshire Police came across pictures of Furze allegedly riding his scooter in full flame on a public highway.

“A man was arrested on suspicion of possessing an object converted to a firearm on Thursday. He was released on unconditional bail,” said a Lincolnshire Police spokesman.

“Everybody wants a flamethrower on a motorbike,” Furze was quoted as saying in the Telegraph before his arrest.

A court date has been set for May, 6.