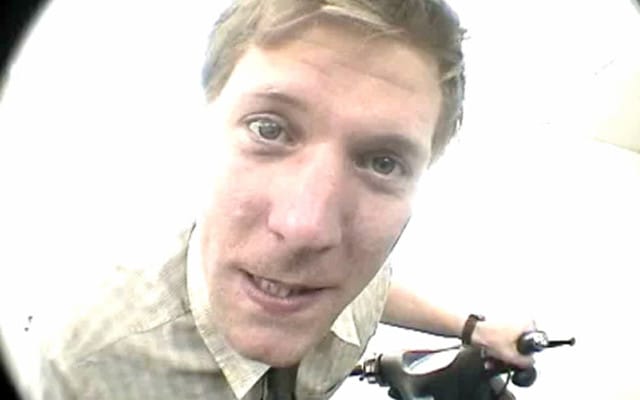 A while back we posted  a video showing Brit Colin Furze riding his world’s longest motorcycle. Well the crazy plumber from Stamford (clearly with too much time on his hands) has now built a scooter that shoots 12 ft flames out of its tail at various angles.

Furze spent a month working on his latest invention saying, “It’s a lot of fun and when I fire the flames out the back it makes me feel just like James Bond.”

The local constabulary has put a damper on Colin’s fantasy though, warning him against any Bond-like shenanigans while on public thoroughfares: “I’ve been told that if I fire the flames while riding on the road it’s equivalent to using a firearm and I could be in a lot of trouble,” admitted Furze.

Watch his fire breathing scooter in action below.