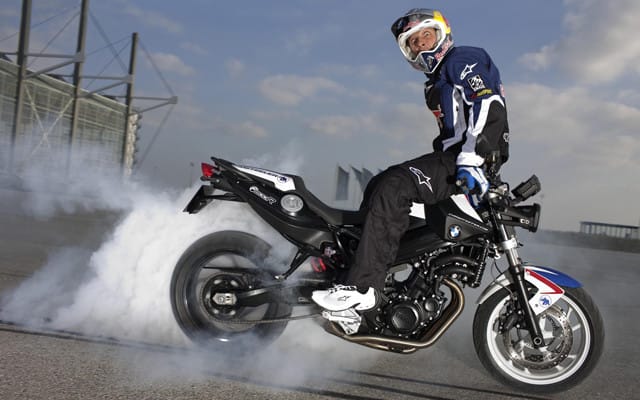 Pfeiffer at Mosport for BMW Summerfest 2010

World freestyle stunt-riding champion Chris Pfeiffer will be at BMW Motorrad Canada’s 4th annual Summerfest taking place at Mosport International Raceway from July 9 – 11, 2010. The event coincides with 4th and 5th rounds of this year’s Parts Canada Superbike Championship and as well as a performance by Pfeiffer, the festivities will include seminars with Rene Cormier who travelled the world for five years on a BMW F650GS Dakar and  Paul “The Iceman” Mondor who rode across Canada in winter (his 2010 Frozen Butt Tour), also on a BMW F650GS Dakar.

Addiionally, the 2010 BMW model lineup will be on display and on and off-road test rides will be offered utilizing the roads and snowmobile trails around Mosport. There’ll also be performances by pop music combos in the evenings (TBA) and naturally a Bavarian beer garden.

Check out bmw-motorrad.ca for more details and tickets, and watch the video below to see Chris Pfeiffer in action.