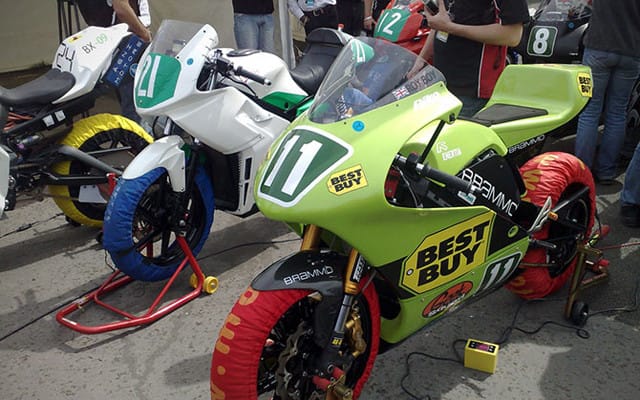 TTXGP Becomes Race to Own Co-op

Azhar Hussain, the driving force behind electric motorcycle racing, has turned his TTXGP into a racing cooperative where teams will have a say in the series’ governance and share its profits. He has announced the creation of Trust.eGrandPrix.Org (TEO), a “co-operative union” in which teams will ultimately share 70 percent ownership of the TTXGP.

The trust’s structure is somewhat complex, but basically shares in the co-op will be given to teams based on the number of races they complete and their points standing. No one will be able to simply purchase shares.

Standing in stark contrast to the centralized structure of most motor sports, where a governing body such as the F.I.M. calls the shots, Hussain had this to say about his new approach: “This is a big Control-Alt-Delete for motorsports. It’s a reboot. We’re giving teams control. This binds everyone together on a common trajectory and it gives everyone a piece of the action they’re generating.”

Racing organizations are effectively cartels and empires,” Hussain added. “We need to reboot what it is to be a racing organization. [The TEO] is open, it is transparent and it is democratic.”

The TTXGP website describes the TEO, as the following:

TRUST.EGRANDPRIX.ORG (“TEO”) is a co-operative body open to all participants of the TTXGP World Series.  It links together Teams, riders and Series owner into a single platform of shared goals and rewards.

TEO is a vehicle through which the co-operation will be governed and is connected to TTXGP Limited.

The TEO shall own the transferred equity and issues “Units” to members of TEO however equity of TTXGP shares is never to be transferred, securitised, or traded by TEO.

TEO shall be an independent entity with its own corporate governance and elected officers.  TTXGP and TEO shall be exclusive partners with each other. It is anticipated that TEO shall also have rights over material changes to TTXGP activities or structures that might affect TEO.  Voting rights attached to the shares of TTXGP that are anticipated to be transferred would be scoped prior to transfer to TEO in relation to such decisions.

The Units cannot be purchased or traded, but they do have value.  Units are accumulated by GRIDs. GRIDs are owned by Teams.

Units can only be earned by participation in the TTXGP World Series. No registration is necessary; all teams in the TTXGP are automatically enrolled and awarded Units as per the guide.