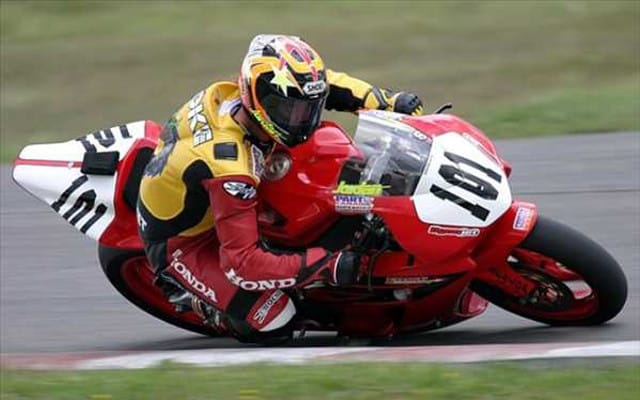 Szoke Goes Back to the Future with Honda

Word on the street for a while now has been that defending Parts Canada Superbike Champion Jordan Szoke will be riding a Honda in the 2010 series. And though there has been no official announcement from Honda stating Szoke’s signing, the man himself confirms today in Brantford’s Expositor, his hometown newspaper, that a deal has been made to return to the big red machine that was his Canadian superbike home from 2004  to 2005. Szoke will compete this year aboard a Waznie Racing Honda CBR1000RR in the superbike category and also ride a 600RR in the sportbike class. This time around though he’ll not only be riding for Honda but also managing the team. It sounds like Honda Canada is going the same route as Kawasaki, in terms of their Canadian road race program this year, and as a budget cutting measure have chosen to outsource their involvement in the Parts Canada Superbike Championship to a trusted privateer.

“Basically it’s my team,” says Szoke. “There are some pros and cons with it, just like anything else. But it’s going to be fun. It’s a road you take usually late in your career,” Szoke adds. “I’m nowhere near the end of my racing career but, for this year, this is the way we’re going. It’s a different role but I think we’ll do well with it.”

Now charged with putting together his own crew, Szoke has decided to go back to the people he worked with early in his career.

“I hired the Fast Company crew I had in ’02, ’03, ’04 and ’05,” Szoke says. “When I rode for Kawasaki, they had their crew in place for me. I’ve been good friends with these guys and I’ve known them my whole career. Even before signing with Honda I wanted them. You have to be able to trust a team with your life out there and I trust them.”

The six-time Canadian superbike champion has also enlisted his wife Amy, who will be competing this year aboard a Honda in the Amateur 600 Sport Bike Championship, to help with some of his many new responsibilities.

“You have to put a lot of time into the team instead of focusing just on riding,” Szoke claims. “I have to be in the office a whole lot more.”

The upside for Szoke of course, is that he gets a chance this year to try for a record breaking 7th Parts Canada Superbike Championship title.