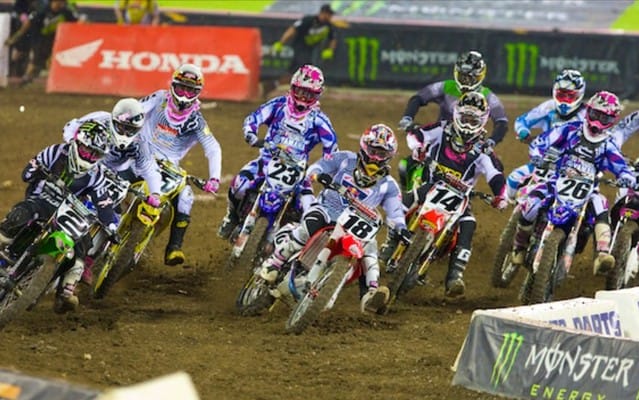 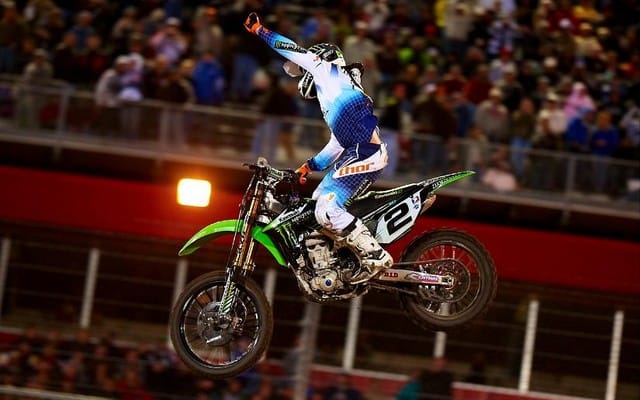 AMA Supercross in Toronto this Weekend

The 2010 Monster Energy AMA Supercross Championship comes to Toronto this weekend, the only race in the series outside U.S. borders.

With last year’s defending champion, and 2009 Toronto SX winner, James Stewart sidelined with an injury this season, it’ll most likely be Rockstar Makita Suzuki rider Ryan Dungey and Monster Energy Kawasaki’s Ryan Villopoto battling it out for top spot at the Rogers Centre on Saturday night. Dungey with 192 points is the overall leader going into round 10 of the championship, while Villopoto who dominated at the Daytona SX last weekend, leading every lap of the race, lies second in the standings with 172 points. 2009 AMA Supercross Championship runner-up Chad Reed, who has also been injured, was the fastest qualifier last week at Daytona, but decided not to race in the grueling 20-lap event. He is expected to return to action in Toronto though which could make things interesting.

Tickets are available at the usual outlets and for those of you not able to attend in person, SPEED will be broadcasting the event live from the Rogers Centre, starting at 7:30 p.m. EST.