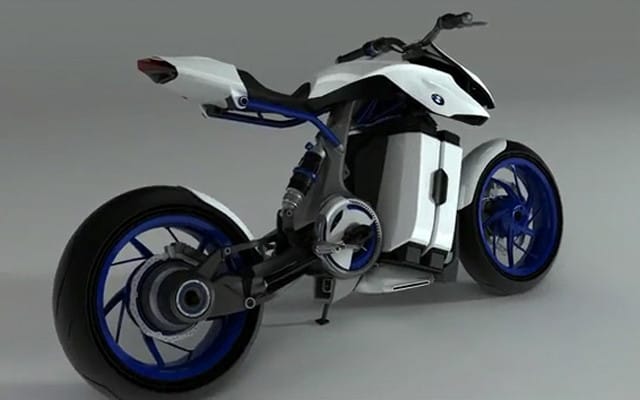 With all the recent hype surrounding electric motorcycle road racing on tap for 2010—Azhar Hussain’s TTXGP series, Isle of Man’s TT Zero, and the FIM e-power series—have we perhaps forgotten about other alternative power sources for motorcycles? Students at the International School of Design (ISD) at Valenciennes, France have created a concept machine that replaces the conventional combustion engine with a 20-litre cryogenic cylinder powered by a hydrogen fuel cell. Taking its styling clues primarily from BMW’s HP2 Sport, the new creation is called the BMW HP Kunst. Watch the video below to get a better look at what you may be riding in ten years time.