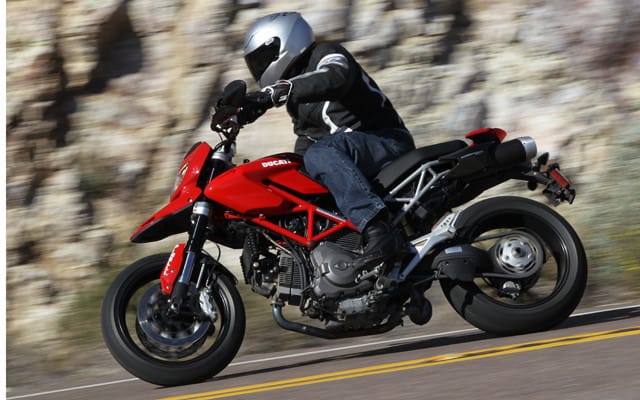 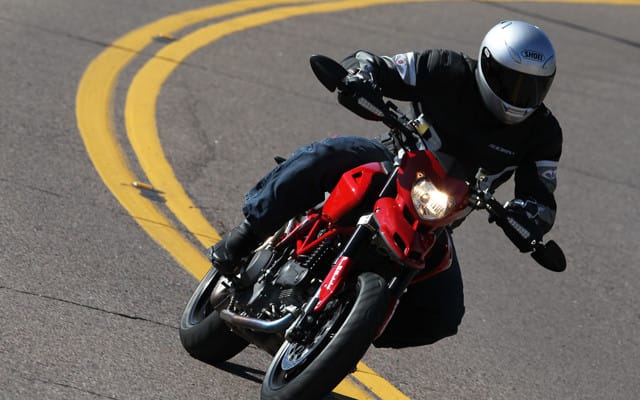 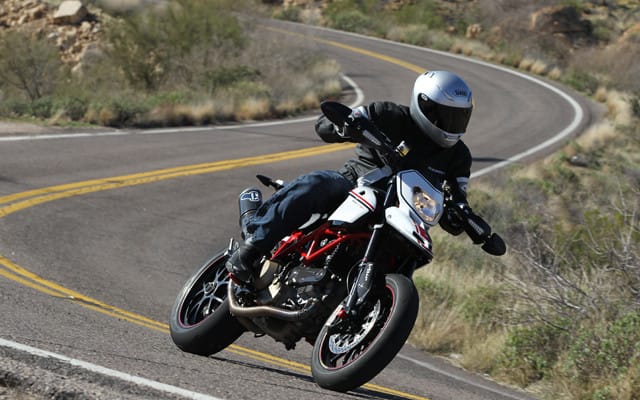 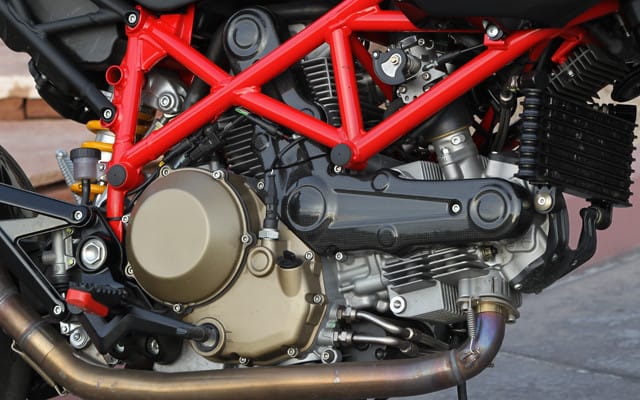 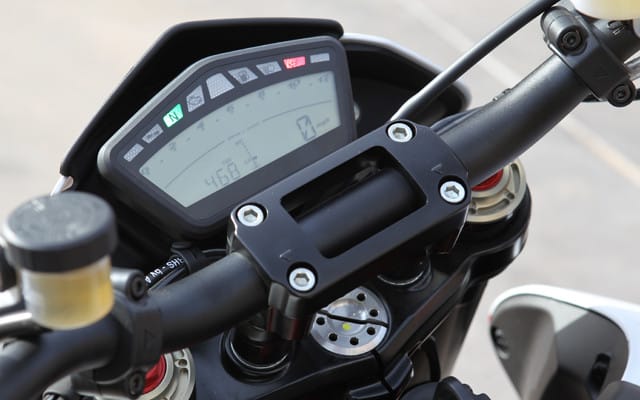 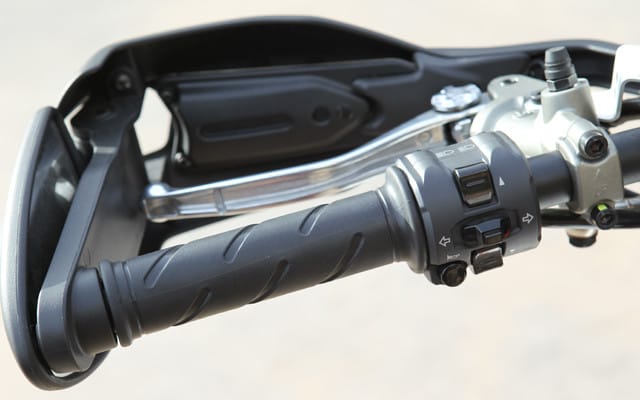 With visions of spaghetti westerns in his head, Uwe Wachtendorf rides an Italian punk rocker through an Ennio Morricone landscape. Too bad the reverie is broken up by the cops.

Flat out on the way to Tortilla Flat, Arizona the road begins to wind and work its way through picturesque canyons, and it is here that I encounter my first three-vehicle conga line of the day. But before I react on my impulse to pass we are in a series of blind turns. Suddenly my mirror fills with Mexican journalist Santiago Calcagno. It’s only the suspicious-looking red and blue lights mounted on the tailgate of the blacked-out pick-up in front of me that has kept me from passing. And then I hear the cracked throttle of Calcagno’s bike. Before he’s even completed the pass, the mysterious lights on the pick-up ignite and are joined by a siren. That the launch for a hooligan bike should begin with acts of hooliganism seems preordained.

With the release of two re-jigged 2010 Hypermotards comes the pleasantly predictable claim of less weight and more power. The base Hypermotard 1100 is now called the 1100 EVO (as in evoluzione—or “slightly different than last year” in English). Though the frame’s dimensions remain unchanged it’s now 1.8 kg lighter, and carbon fibre rear body panels further the weight loss.

Cylinder heads have been redesigned for better compression and while the new mill is physically smaller than the old, horsepower is up five (to a claimed 95) and peak power arrives sooner, at 7,500 rpm. Peak torque is unchanged but is higher in the rev range (to 76 lb-ft at 5,750 rpm), which, according to Ducati, allows a rider to hang onto a gear longer than before.To beat the heat the oil cooler is 85 percent larger than before.

A Siemens ECU with a faster microprocessor,replaces the Marelli system to control ignition and fuelling. Twin lambda probes monitor each cylinder individually, an update also made to other models in the line-up. Ducati claims slightly better fuel economy, but the most noteworthy benefit of the new engine is the increased mileage allowable between valve fettling sessions—now up to a very un-Italian 12,000 kilometres.

Despite the changes, one Ducati characteristic has been maintained—absurdly tall gearing. Our first stint on a multi-lane freeway demonstrates that aggressive passing manoeuvres, even at 120 km/h, are best not done in top gear. It turns out that the Desmodue EVO is a spinner—not like a manic in-line four-cylinder, but with its lighter flywheel it jumps quickly to high revs. Vibration is a constant companion, but it’s a most welcome low frequency throbbing that never tires or annoys.

The Hypermotard’s seat is unexpectedly broad and plush, it’s the only non-traditional motard element on the bike, and suitable for a full day in the saddle. Fully digital instrumentation is compact yet legible, though the diminutive Streetfighter-style switchgear is difficult to manipulate for a lad with leather-clad sausage fingers like mine.

Around town, it’s no secret that an upright, broad-’barred supermoto makes an ideal commuting tool. And unlike every other Ducati, the Hypermotard has generous steering lock, making it highly manoeuvrable in traffic and able to reverse direction within the same lane. The handlebar-end rear view mirrors give a view without equal, and should be standard equipment on every motorcycle, though in tight quarters their additional width must be respected—unless, of course, you fold them flat before you attack laneways.

Staring into the bleak grey sky over Cleveland during an extended layover on my way home, I recalled, on my way to the launch, having questioned the continued use of air-cooled engines in modern motorcycles. But after a day riding the EVO I’ve now reversed that question: the practicality, simplicity, and versatility of two air-cooled cylinders with two valves each seems the most sensible way forward for future Ducatis.

For Uwe’s impressions of the more hyper SP version of the HM 1100 EVO (and further details on Santiago Calcagno’s brush with the law), check out the full length feature article in the April issue of Cycle Canada magazine, on newsstands March 5.