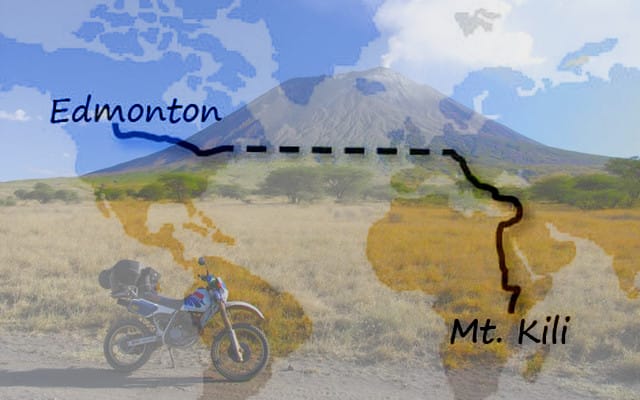 Edmontonians Riding to Kilimanjaro for Charity

Edmontonians Axel Hallbauer and Mike Maiani will embark on an 18,000 km motorcycle ride for charity this spring, called Ride for Africa. The self financed non-profit motorcycle adventure will begin in Edmonton on April 20 and, after spanning 16 countries and four continents, culminate on July 10 in Tanzania where they hope to meet up with supporters to do a group climb (on foot) of Africa’s highest summit, Mt. Kilimanjaro.

Hallbauer and Maiani are currently upgrading and prepping a pair of 90’s vintage Honda Africa Twins that they purchased for the Europe to Africa leg of the epic journey, but are still looking for a sponsor to provide them with a couple of machines to ride across Canada. Their goal is to raise $ 50,000 for Change for Children and Hands Across Africa, an Edmonton-based charity helping children in Tanzania and Sierra Leone.

Visit www.rideforafrica.org for more info or to make donation.