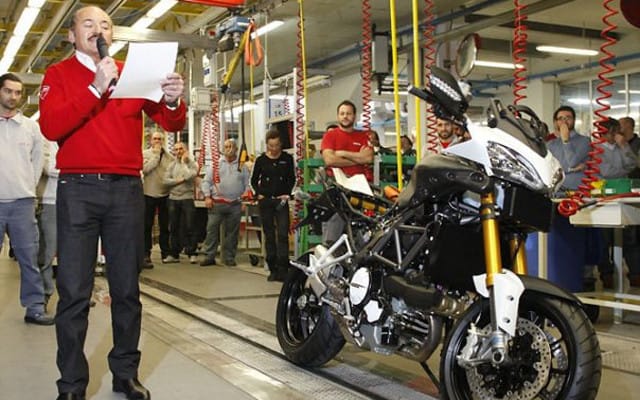 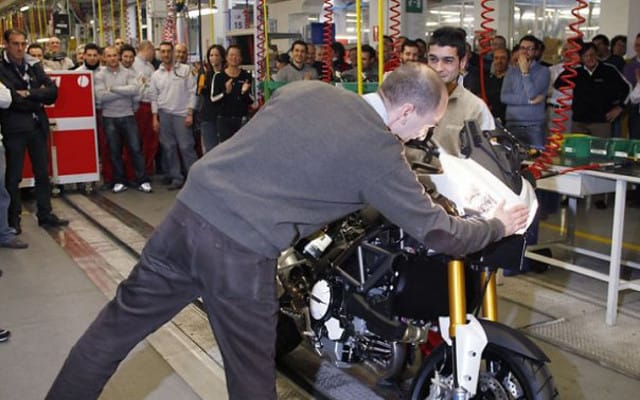 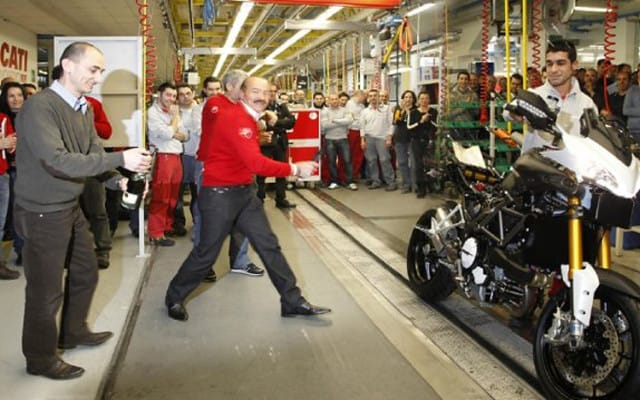 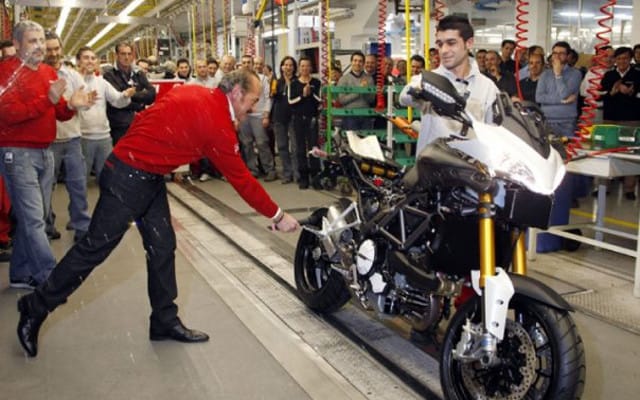 Ducati announced via Facebook that the first 2010 Multistrada 1200 has rolled off the assembly line in Bologna, Italy. The white MTS 1200S was baptized with a bottle of champagne. Head honchos, Claudio Domenicali, Gabriele Del Torchio and Silvano Fini presided over the traditional Ducati ceremony, while amused employees looked on. The first Multistrada 1200’s are set to be available in North America this spring.