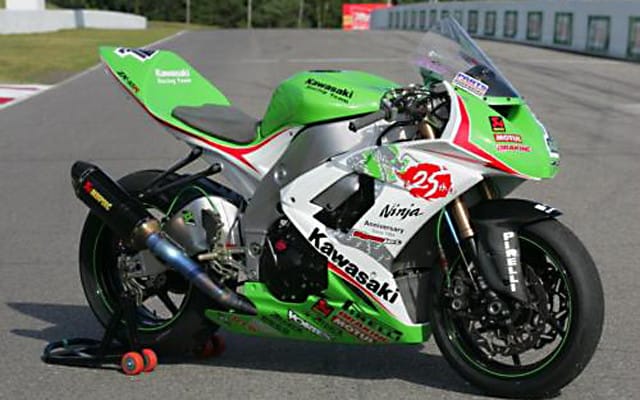 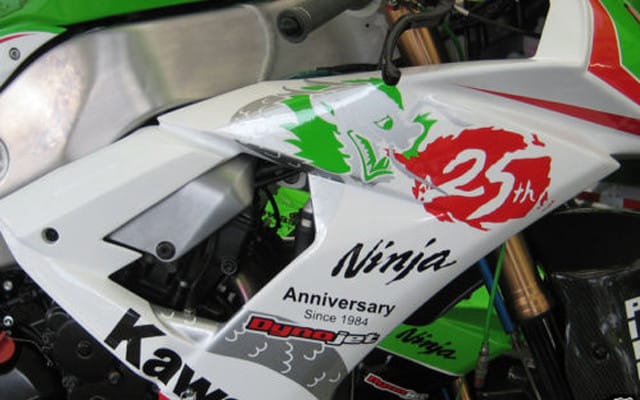 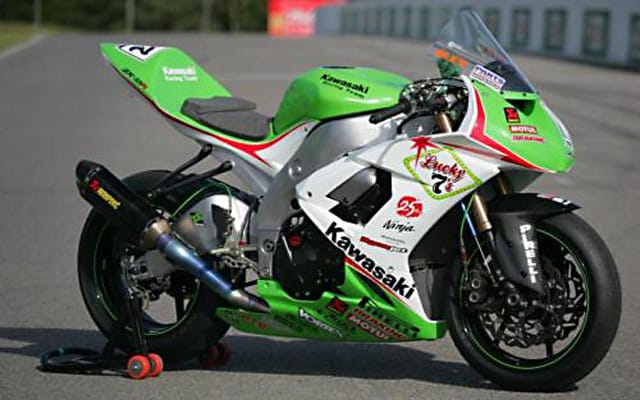 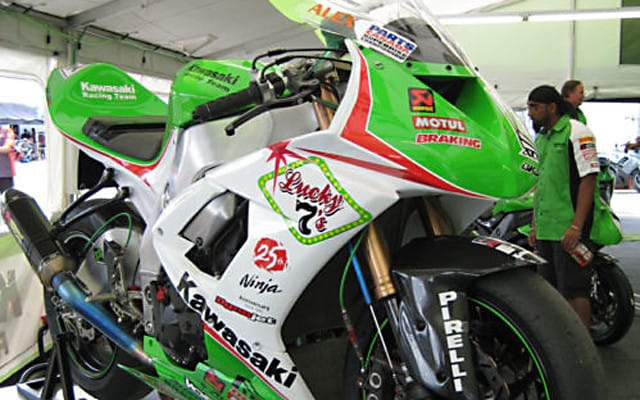 BK Designs Speedpaint and Kawasaki Canada are auctioning off the Kawasaki 25th anniversary bodywork from the 2009 ZX-10R Superbikes of Jordan Szoke and Alex Welsh. The proceeds from the sale of Szoke’s fairing will be donated to Andrew Trevitt (Senior Editor of SportRider Magazine) to help with his rehabilitation costs. Trevitt, a former Canadian 250GP champ and AMA 250GP rider, was left paralyzed in 2008, after crashing a test bike into a car performing a blind corner u-turn on a California highway. The money from Welsh’s bodywork will go to the Canadian Rider Safety Fund to purchase Air Fence for the Canadian Superbike Series.

The Szoke branded bodywork can be found on ebay here, and Welsh’s here. Both auctions end  Feb 17, 2010.