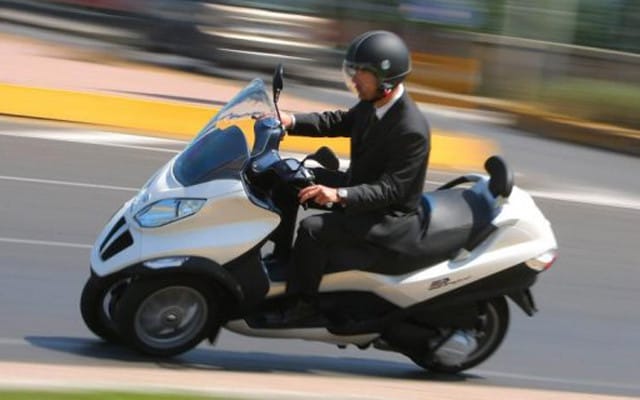 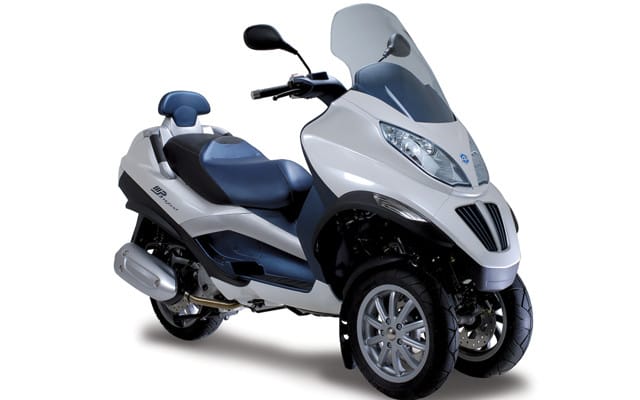 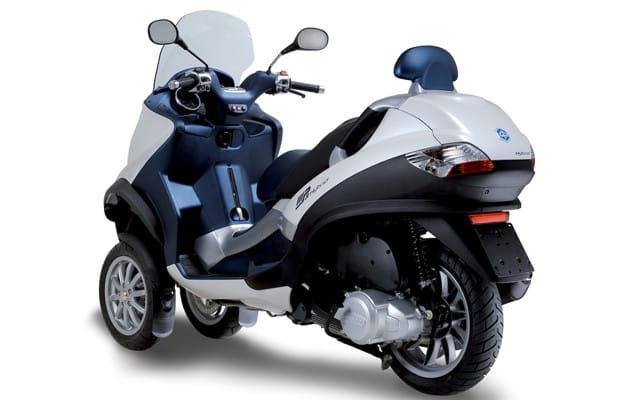 Piaggio unveiled the MP3 Hybrid—the world’s first hybrid scooter—last year, but has only recently gone into full production in Europe with the new fuel sipping 3-wheeler. To commemorate its arrival on showroom floors, Piaggio has created a new official video (below) showing that one can, among other things, easily stalk pigeons while riding in the suspiciously quiet full electric mode, as well as do nifty little turns in reverse.

The MP3 Hybrid is not just the world’s first hybrid scooter, but also the first vehicle in the entire automotive sector to use lithium ion batteries as a power source. Lithium ion technology allowed Piaggio to be first out of the gate here—the batteries used in hybrid cars being traditionally too bulky for single-track vehicles—meaning that, as well as being charged at certain times while driving, the batteries can be fully recharged by plugging an onboard cord into any electrical outlet for 3 hours. Also for the first time on any scooter is ride-by-wire throttle control.

Combining a 124cc liquid cooled internal combustion engine with an electric motor, the MP3 comes with 4 riding modes to improve fuel consumption and reduce emissions. The first engages both motors, providing maximum grunt, while the second uses the electric motor as a generator to charge the battery, and the third, usable for short distances, turns the scooter into a zero-emission, pure electric machine. Changing between modes 1-3 on the fly is a simple push of a button, while mode four provides a low speed electric reverse gear to help maneuver the 240kg scooter in and out of parking spots.

When ridden two-thirds of the time in hybrid mode and one-third electric only, Piaggio claims fuel economy of 60km per litre for the MP3 Hybrid, more than double the rating for the conventional 125cc MP3 and emitting less than half as much CO2. By contrast, Toyota claims 25.6km per litre for its Prius hybrid car.

No word yet on when the MP3 Hybrid will be available in Canada or what the cost will be, but European pricing shows it over 20% more than it’s 400cc non hybrid sibling. No one said saving the planet was cheap.