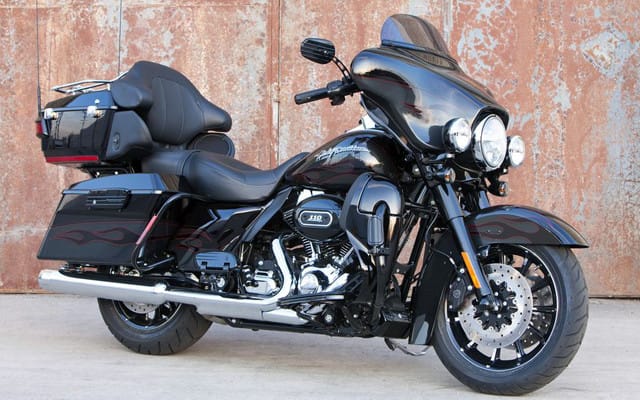 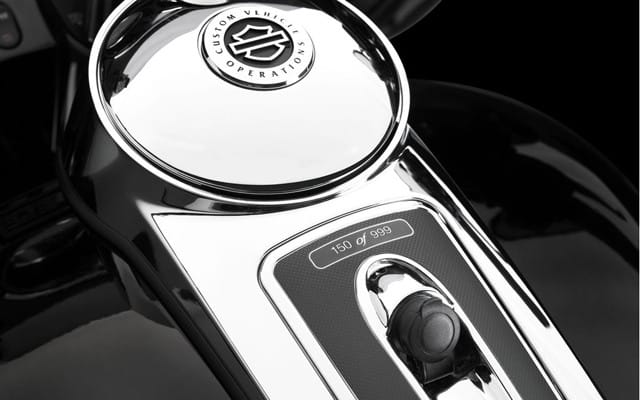 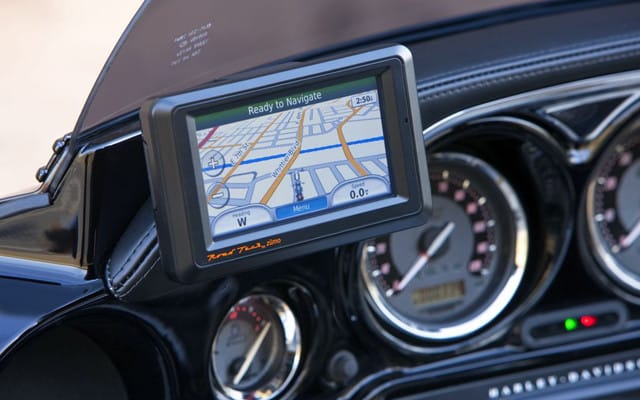 Having just posted a fourth quarter loss of 218 million dollars, its first in 16 years, Harley-Davidson has decided it’s a good idea to build another unaffordable limited edition machine. Priced at $43,359 the newest 2010 CVO Ultra Classic Electra Glide is Harley-Davidson’s most expensive 2010 model, and as with their new Sportster 48, the main innovation is black paint.

The 2010 CVO Ultra Classic Electra Glide was already a limited production model, with only 3,500 units manufactured. Now comes the news of an even more exclusive, darker, version of the CVO Ultra, with Harley-Davidson building only 999 uniquely numbered units. The serialized edition dark CVO Ultra comes with the same flame graphics as the rest of its family, but is finished in a new colour scheme called crimson mist black / dark slate, and trades most of its chrome for blacked-out components.

As with all CVO models this one is powered by a twin cam 1,803cc 110 engine paired to a six-speed Cruise drive transmission with a helical-cut fifth gear, both of which also get the blackened treatment.

Who knows, maybe painting their motorcycles black will get H-D out of the red.