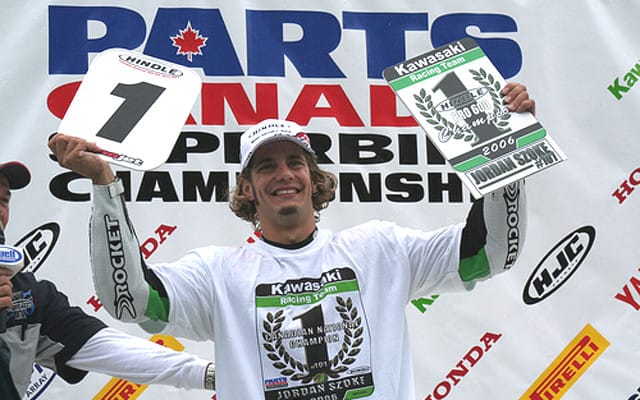 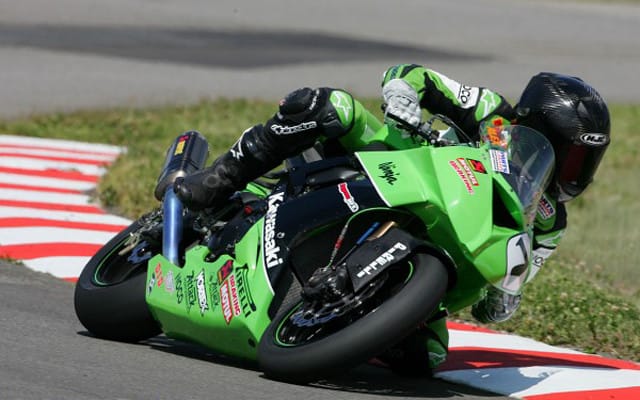 Earlier this week Canadian Kawasaki Motors announced that its participation in Canadian Superbike would now be through a newly formed outsourced entity, Competition Systems Kawasaki Race Team. Today comes the announcement that that Alex Welsh of Uxbridge, Ontario will be the sole pilot of its Kawasaki Ninja ZX-10R in the 2010 Parts Canada Superbike Championship.

Despite missing one race due to injury in 2009, Welsh finished seventh in the Superbike class on a Ninja ZX-10R, with a top finish of third at Mosport. He also placed fourth in the Yoshimura Pro Sport Bike series, riding Kawasaki’s ZX-6R Ninja, with four podium results, including runner-up at Mosport.

Today’s announcement confirms rumours that defending Canadian Superbike champion, Jordan Szoke, the rider who earned Kawasaki the Superbike and 600cc Sport Bike Championships the last four years running, has been told his services are no longer required. Szoke gave details of the split in an interview with roadracingworld.com.

“They made me an offer that was pretty ridiculous,” said Szoke “No Championship bonus, no [salary], no expenses, no nothing, get [yourself] to the track, ride for free, only ride Superbike and then there were winnings. They would pay me [bonuses] for first, second and third.

“‘OK,’ I said, ‘I’ll do it’,  just because I know it’s a bad situation. Hopefully in a year it will turn around. I want to work with Kawasaki. I’m loyal to the company.”

“I said, ‘I’ll do it, but…’ They sell off the bikes at the end of the year. I said, ‘I want to buy one of the 600s.’ I have to take a truck and trailer to the races anyway because my girlfriend races. So I’ll bring a 600 and I’ll contest and defend my Number One plate on my own dime.”

“All I wanted to do was collect the posted contingency. That would be enough to pay for my tires, at least. And the other big reason why I wanted to do that was because all of my personal [sponsor] contracts I would lose so much money in winnings and pay because they would cut them in half because they’re all based on racing two classes. So I’m trying to save every dollar I can now that I’m working for free and paying to go to the racetrack.”

“Then they said, ‘No, we don’t want you doing that. Thanks for your service. We’re going to hire a different rider.’ Click. They hung up the phone.”

“It was nasty, really. There was no discussion, no debating. It wasn’t like, ‘OK, can I not race the 600 and ride the Superbike only?’ ‘No, we’re not interested in your services. Bye, bye.’”

Jeff Comello, former Canadian Kawasaki Motors manager, told roadracingworld.com, “We did try to put something together with Mr. Szoke. Trust me, we have a lot of equity built up in him. I managed the team for the last 10 plus years. I enjoyed working with him. Our intention was to put something together with him, but that hasn’t been the case thus far.”

Because Kawasaki’s Canadian superbike involvement is now run by Competition Systems, Comello said that negotiations were solely between Szoke and Mike Crompton, who is the new team owner and Szoke’s former Crew Chief.