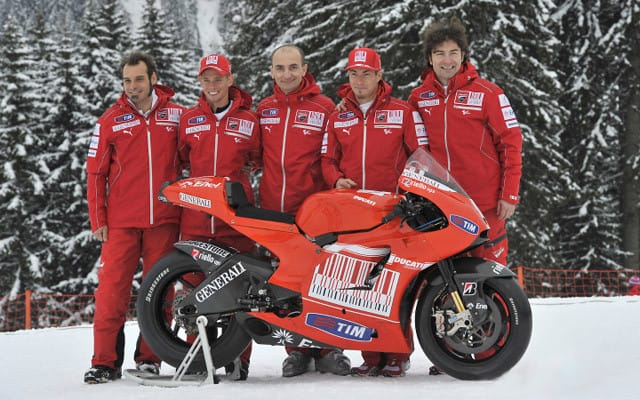 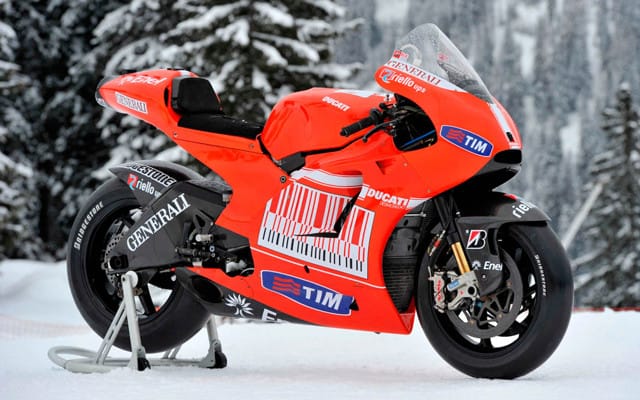 During Ducati’s recent 2010 MotoGP team launch in Madonna di Campiglio, rider Nicky Hayden continued to be hounded by questions about posting phone pics of the new Desmosedici GP10 on his website last month, ruining Ducati’s unveiling of their machine this week at an Italian motorsport convention.

Embarrassed, he said, “I should have known better, I was like a kid.”

About his new weapon Hayden said “Sure the bike is good and we have a strong package for 2010. There’s been a few changes in the team. With changes you have big opportunities.”

He does though have concerns about the enforced use of fewer engines this season in a further bid for MotoGP to cut costs and entice manufacturers like BMW and Aprilia to enter the big league.

“Six engines is not a lot for 18 races. I hope it saves some money but I’m not sure how much it is going to save because it takes a lot of development to make them last,” he added

Meanwhile, Hayden’s team-mate, 2007 world champion Casey Stoner, said he was in perfect health again and revealed the mysterious illness that sidelined him for 3 races last season, was lactose intolerance.

“I am feeling better than I have in years so am really looking forward to this year,” said Stoner.  “We are going out to win the championship like everyone else.”

Now while the entire editorial staff at Cycle Canada often suffers from a high level of pure intolerance, one of us is also afflicted with Stoner’s ailment and wonders whether rather than feeling “completely destroyed after three or four laps”, Stoner just needed a bathroom break.