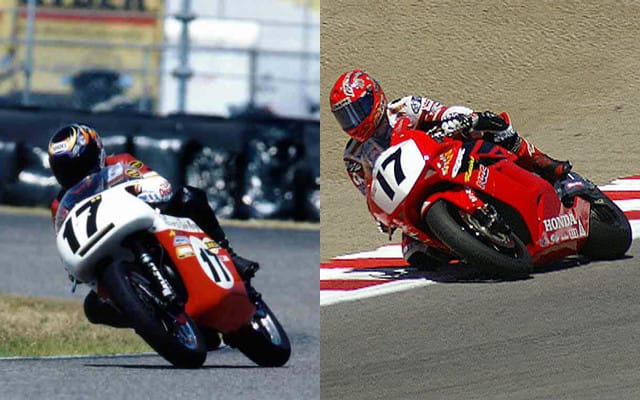 Legendary Canadian racers Yvon Duhamel and son Miguel, will be at the International Centre in Mississauga, ON during the Canadian Motorsports Expo Jan. 22-24, 2010 to meet racing fans, sign autographs and talk about their careers.

Montreal native Yvon Duhamel, a versatile competitor whose resume includes ice racing, motocross and dirt track, made his name as an international road racer. In 1969 he completed the first ever qualifying lap above 150 mph at Daytona and in the early ’70s won five AMA national races aboard a factory Kawasaki.

Miguel Duhamel is the winningest rider in AMA road racing history with 86 victories in Superbike, Supersport and Formula Xtreme competition. Miguel was the AMA Superbike Rookie of the Year in 1990 and helped launch Harley-Davidson’s short-lived Superbike team in 1994 before joining the American Honda factory squad in 1995 for a relationship that would last 14 years. He won the Daytona 200 on five occasions, claimed five AMA Supersport titles, two AMA Formula Xtreme crowns and was AMA Superbike champion in 1995.

The Canadian Motorsports Expo is a three-day celebration of Canadian racing that runs January 22 to 24 at the International Centre (6900 Airport Road in Mississauga).