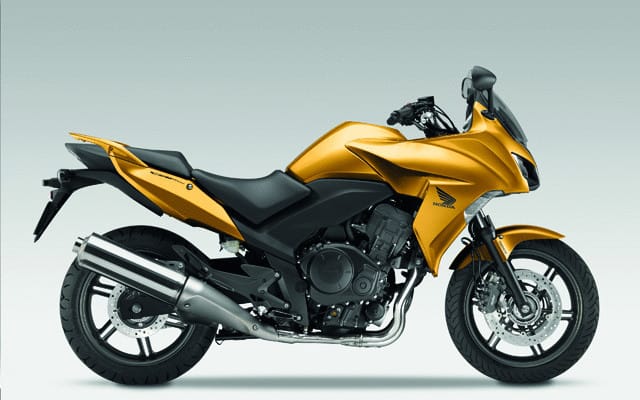 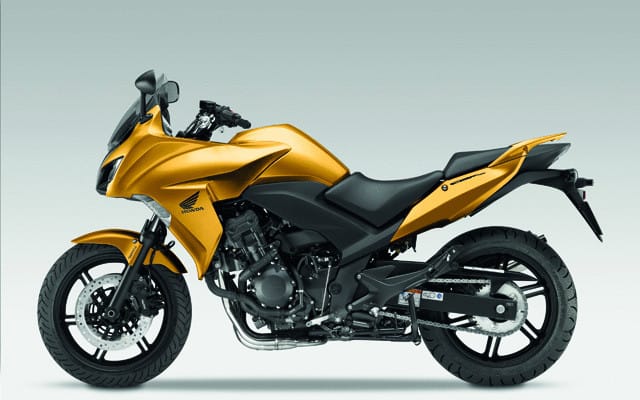 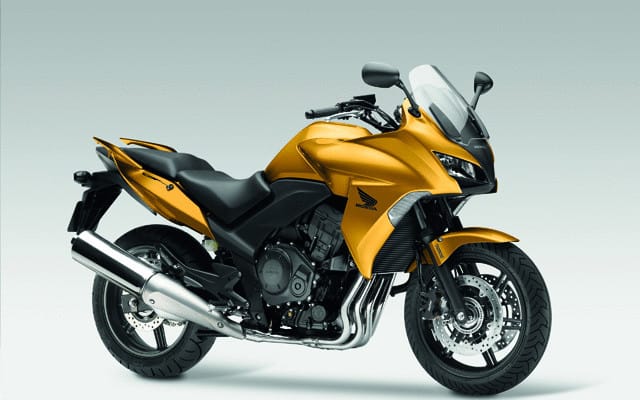 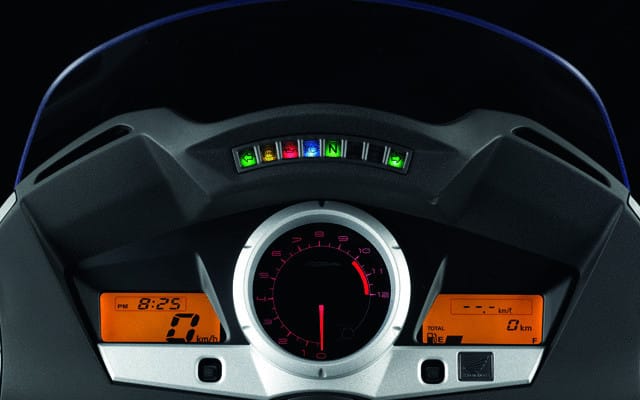 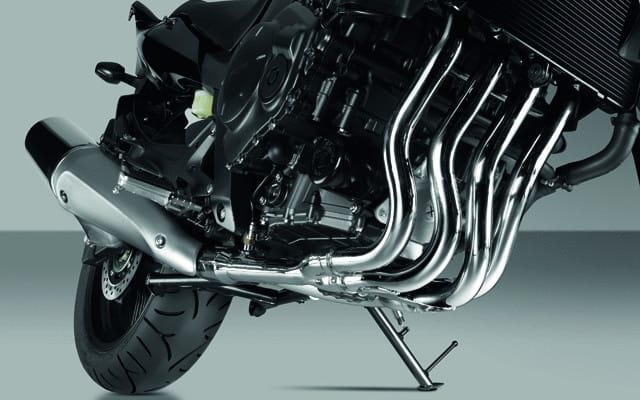 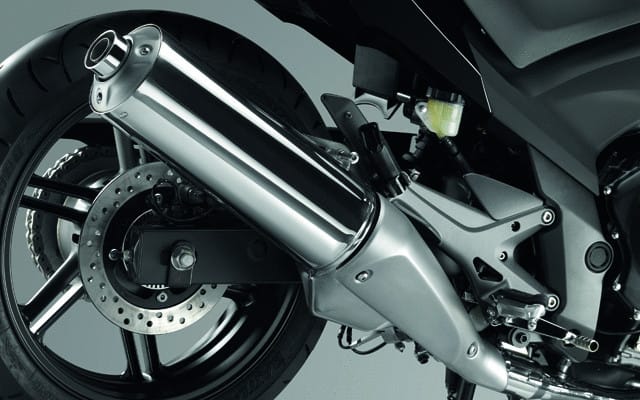 Honda has announced that they’ve completely redesigned the CBF1000, with chassis tweaks topping the list of changes for 2010.

Engineers have also been at work on the CBF’s liquid cooled 998 cc inline four, adding more torque and increasing horsepower from 97 to a claimed 106. Fuel economy is said to have improved by 7 percent.

Bodywork improvements include a larger, more protective fairing, new instrument panel and a four-position adjustable windscreen. As with the previous model, seat height is adjustable from 780 to 805 mm in 15 mm increments.

The exhaust system has also been redesigned, placing the pre-catalyser in the exhaust pipe and the main catalyser in one large-capacity muffler.

Though Europeans have four colour options, in Canada the 2010 CBF1000A comes only in amber yellow at a retail price of $12,999, with combined ABS as standard.

Canadian pricing of the VFR1200 has also been announced. Slated to hit showroom floors in May 2010, the manual shift version is listed at $18,999 and while a  $1500 – $2000 premium has been hinted for the dual-clutch auto model, we’ve yet to hear the official price, so stay tuned.