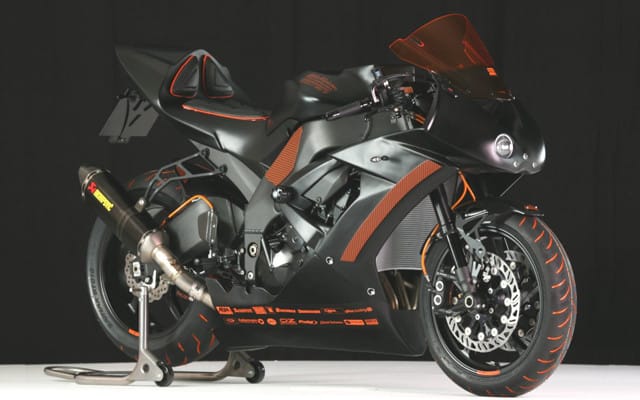 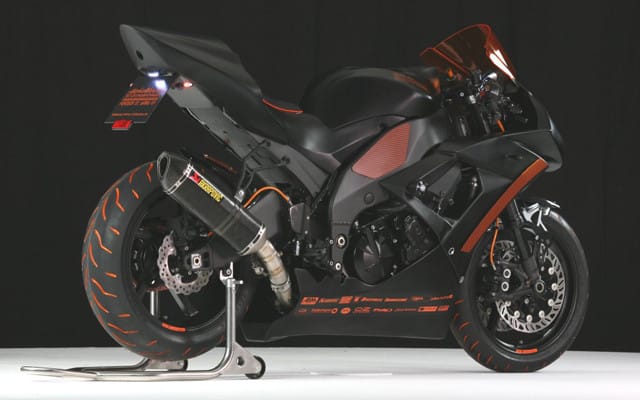 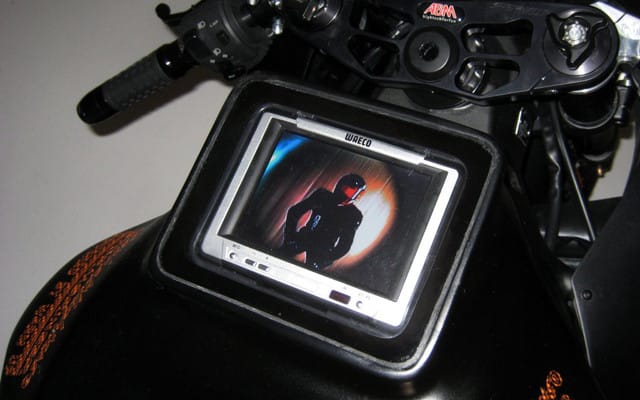 The Asphaltfighters Stormbringer, a Kawasaki ZX-10R-based machine claiming to be the world’s fastest street bike, has been unveiled to the public at the Essen Motor Show in Germany.

German manufacturer Warm Up Zweiradtechnik GmbH says their new high-performance motorcycle has a top speed of more than 320 kph and accelerates from standstill to 300 kph in just 13.9 seconds. Powered by a 1,000-cc 4-cylinder four-valve engine claiming 220 hp, with a short period “booster” mode increase to 280 hp, the superbike weighs in at just 195 kg and comes with features such as a tail mounted camera with tank mounted monitor that eliminates the need for conventional rearview mirrors, a head-up display that projects the current speed onto the windscreen, and a lighting system with LED daytime running lights as well as a Xenon headlamp that serves as both high and low beam.

The Asphaltfighters Stormbringer is built in small-series production with a price tag starting at 57,500 Euros ($91,454.00 CAD). Purchase includes a precision setup of the bike, with suspension, seating position and all operating controls calibrated to the rider’s weight and size. As set of custom fitted leathers and a carbon-fibre/kevlar helmet are also part of the deal. Unfortunately a radar evading cloaking device is not.