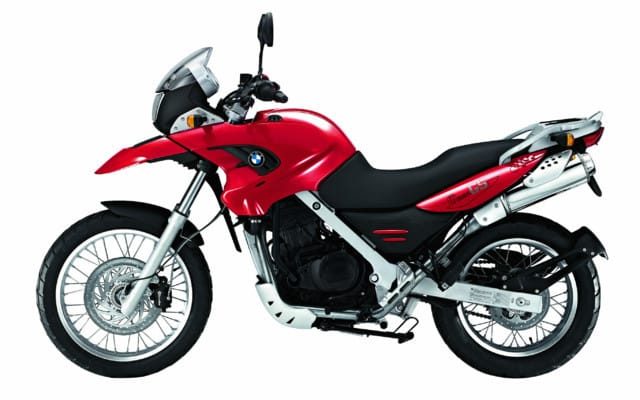 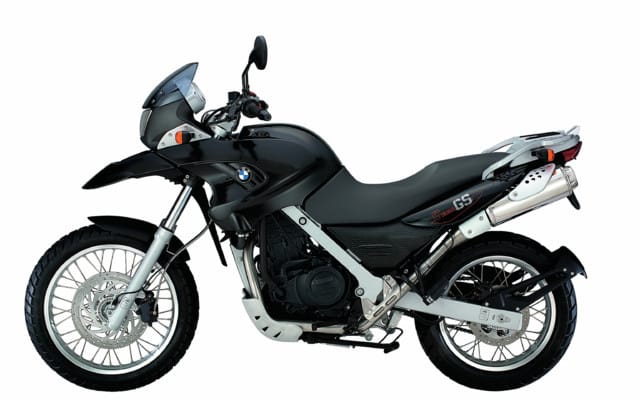 After a two year hiatus, a new version of the popular single-cylinder F650GS returns to the BMW Canada range for 2010. Now called the G650GS, the new bike is little changed, still powered by a 652cc liquid-cooled four-valve DOHC engine, claiming 50 hp at 6,500rpm with torque of 44 ft-lb at 4,800 rpm, and using the same five-speed gearbox and O-ring chain drive as its predecessor.

Upgrades come in the brake department though, with on/off ABS now fitted as standard, just like on the GS boxer twins. Single discs at both front and rear measure 340mm and 240mm, respectively.

The 19-inch front spoke wheel is suspended by a Showa fork, while 17-inch rear wheel is softened by a preload adjustable mono shock. Standard seat height is a 780mm with an optional lowering kit available for $200 ex-factory. Heated hand grips are standard, but a centre stand is extra at $170.