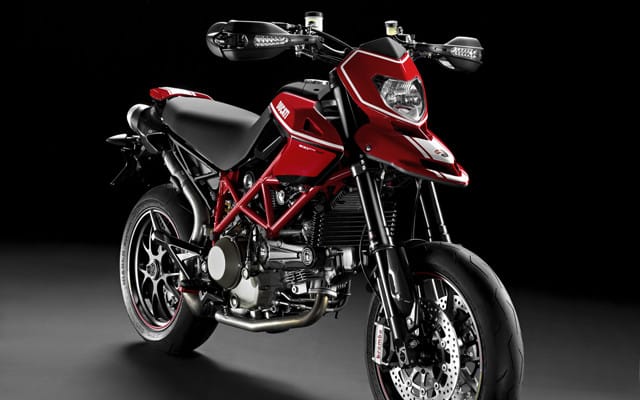 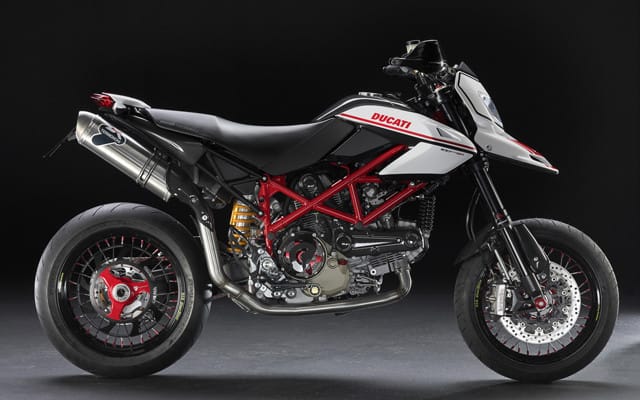 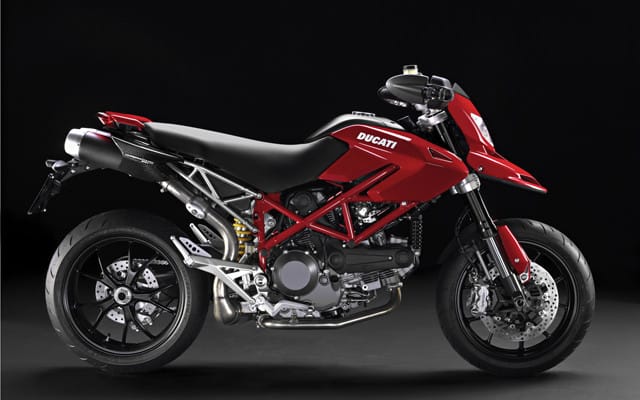 Overshadowed by Ducati’s unveiling of the Multistrada 1200 this week at EICMA were the changes in their Hypermotard family for the coming year.

Taking the place of the Hypermotard 1100 and 1100S in 2010 are the 1100 EVO and 1100 EVO SP. By redesigning the engine and shaving off heavily forged sections of the frame—a trick learned from the development of the already released Hypermotard 796—Ducati’s engineers say they’ve created an evolution of the 1100 model that rolls off the assembly line 7kg lighter and 5hp more powerful than the original.  The Hypermotard 1100 EVO has a dry weight of just 172kg (379lb) and while its 1100cc Desmodue Evoluzione power unit continues to use a bore and stroke of 98×71.5mm, its refinements, including a lighter crankshaft assembly and modified combustion chamber, have boosted its power to a claimed 95hp @ 7500rpm with 76lb-ft of torque @ 5750rpm. The increase in power also necessitates a new higher capacity oil cooler.

Priced at $17,495, the Hypermotard 1100 EVO SP is finished in a choice of red or white-themed Ducati Corse livery, while its plainer sibling can be had  in red or black for $14,995. Both machines will hit the showroom floors along with their diminutive 796 family member this spring.