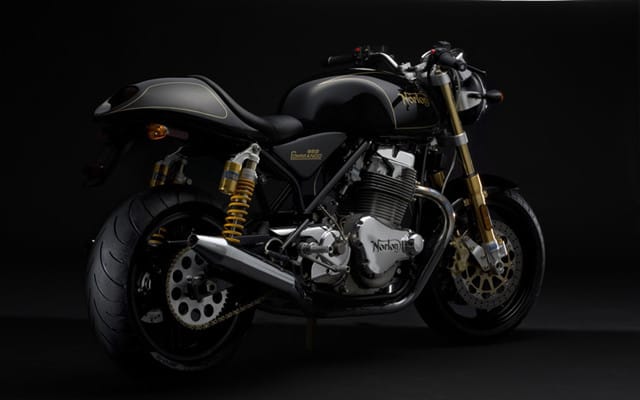 Norton Motorcycles has announced that new machines have begun rolling off the production line at their Donington Park factory, almost 20 years after they were last produced in the UK.

The company has already sold 200 special edition Commando bikes, made to commemorate the relaunch of the brand, and has now secured enough orders to begin full production.

“The first bike will be delivered in two weeks’ time,” claims Norton CEO Stuart Garner. “In the next 18 months we want to be making at least 100 bikes a month. The progress the company has made over the past year has been awesome. We are well ahead of where the business plan said we would be. We have invested millions of pounds and have taken on dozens of people in the last year and the workforce continues to expand. There’s a potential for over 100 jobs here over the next couple of years,” he says.

Garner says he also plans to more than treble the size of the Norton factory to 30,000 sq ft over the next few years, if current demand continues, and is unconcerned with the recession and competition from England’s other nostalgic motorcycle marque, Triumph.

No word yet on when Norton product will be available here, although Norton Canada Ltd, headed by Peter Howes and Sam Agha, has been signed as the Canadian distributor. In addition to being CEO of the new company, Agha owns Canada’s largest Suzuki dealership.