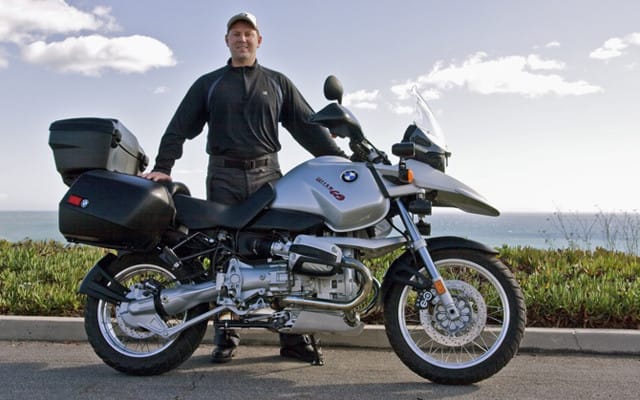 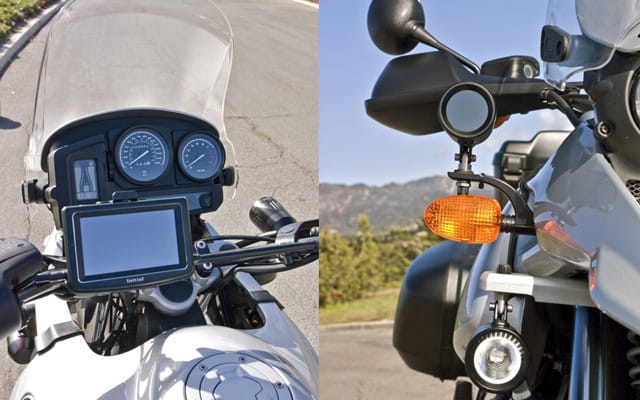 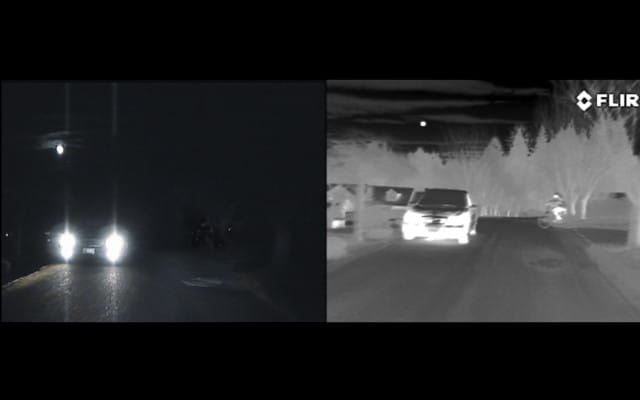 While night vision technology is already available on some luxury cars, we’ve yet to see manufacturers offer it on a motorcycle. Jumping the queue is 34-year-old Californian, Darren Haley. An employee at the thermal imaging technology firm Flir, Haley has created his own night vision system for his BMW R1150GS.

The system consists of an infrared camera mounted above the bike’s right turn indicator, feeding its video stream to the on-board GPS screen. Haley’s home made system allows the rider to read objects that normally can’t be seen in darkness with the naked eye, and which the BMW’s headlamp fails to reveal.

Though the idea of driving at night while staring a small video screen seems like something that would increase danger, instead of reducing it, Haley says that he uses his night vision system like he would a rear or side-view mirror and that, it “allows you to see the lines of the road without having to look at oncoming cars’ headlights”. Used judiciously, the infrared night vision system could indeed be an invaluable safety feature on bikes, especially when travelling at night in rural regions, where there’s often danger of encountering animals in the road.

Haley has put 9,000 miles on the prototype since installing it on his R1150GS several months ago, but the system is still in the R&D phase. The screen needs to be weatherproofed and the price tag kept under $2,000 USD, he says. But after loaning a few units to other riders in exchange for their feedback, he’s also wishing he’d built more.

“I can easily find people willing to try this,” he says. Who’d have guessed?