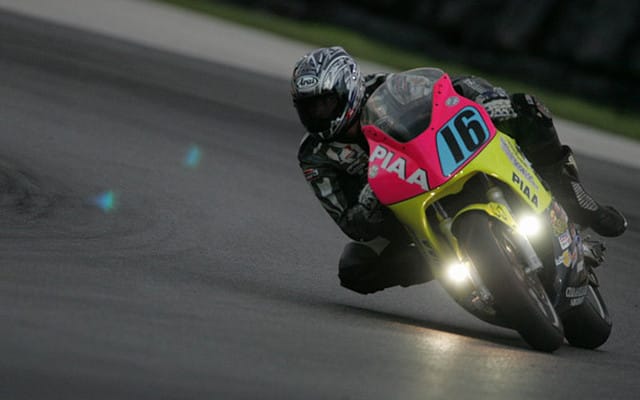 Canadian Team to Compete in the Eight Hours of Daytona

The Riders Choice.ca Moto-GT Team will be at Daytona International Speedway this weekend, Oct. 16-18, competing in the 8 Hours of Daytona.

Riding a Suzuki GSXR-600 will be Canadians, Matt McBride, Andrew Nelson and Larry Orde. Nelson finished 4th in Canadian Superbike and 8th in Sportbike this past season, while McBride ranked 8th and 13th respectively. Orde, the team veteran, has competed at Daytona several times before. Matt McBride, the most experienced of the team’s riders at Daytona, won the old Moto-ST, Grand Sport Twins class at the inaugural 8 Hours of Daytona race in 2006. His father John serves as Team Manager, with a pit crew comprised of Arther Drozoz, Bob Shaw and Pat Barnes.

Barnes, a longtime racer, organized the Riders Choice.ca all Canadian effort and serves as the team’s alternate rider as well. According to Barnes, the team is confident they have the equipment, crew and riders to run up front and win the event.