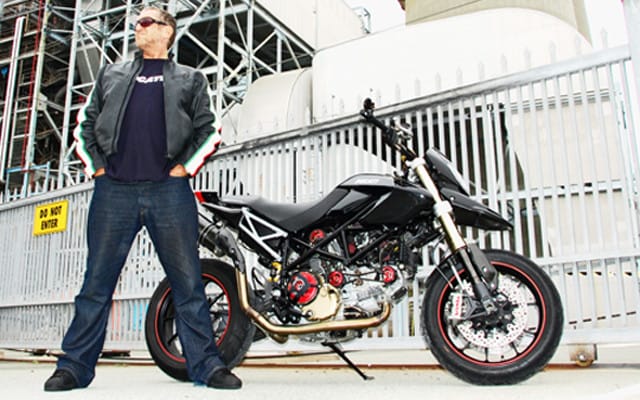 An avid motorcyclist, Jones had been eyeing the model since first riding one at Ducati North America headquarters earlier this spring and bought the motorcycle to celebrate his return to his radio show “Jonesey’s Jukebox” in L.A. this fall, Ducati says.

“I’ve always admired Ducati from a distance but never found something that suits me. That all changed after that first ride on the Hypermotard. I knew I had to have her. All my mates are jealous- and that suits me just fine!”, said Jones.