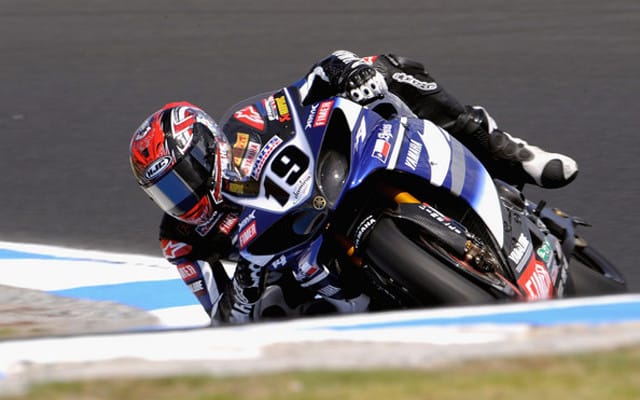 Yamaha has officially announced that Ben Spies will be joining the Tech 3 team alongside veteran racer and fellow Texan Colin Edwards to race in the FIM MotoGP World Championship in 2010.

Spies, 25, has won 12 of 24 World Superbike races and nine pole positions aboard  Yamaha’s R1 so far, and is just three points behind leader Noriyuki Haga going into this weekend’s round at Magny-Cours, France.  Earlier this summer it was announced that Spies would be joining the Yamaha MotoGP  team in 2011 – but he’s decided to move a year earlier, meaning Edward’s current team mate James Toseland is out.