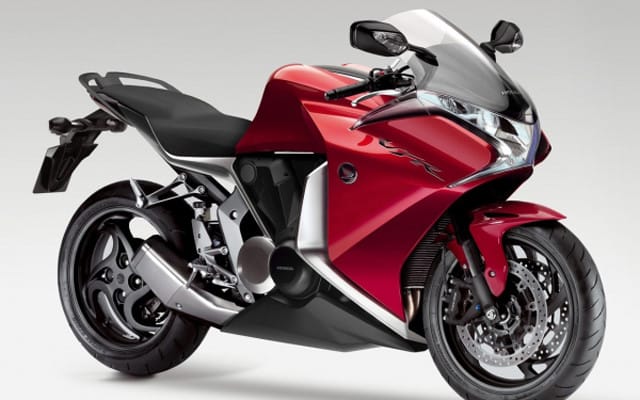 Honda has announced its motorcycle lineup for the upcoming 2009 Tokyo Motorcycle Show, October 24 – November 4. Headlining the list is the all new VFR1200F, their long awaited V-4 powered entry.

Honda is saving details on the VFR1200F  for Tokyo, but they do confirm that it is a sport-touring machine, not a superbike as the V4 concept unveiled at last year’s Intermot Show may have led some to believe. The VFR1200  also features Honda’s Dual Clutch Transmission. The new gear box, which we told you about earlier this month, is the first such design for large-displacement sport bikes, Honda claims.

Honda Canada is slated to announce its 2010 line up in mid October, so we’ll let you know then, if and when the VFR1200F will arrive here.

No official pictures yet, but you can check out a VFR1200F spy photo slideshow and a Dual Clutch Transmission infomercial in the videos below.