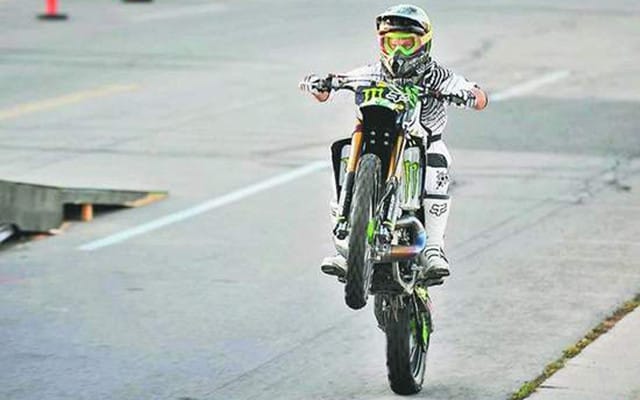 Ryan Capes broke the world record for the longest ramp-to-ramp jump on a motorcycle twice on Saturday night at the Grand Sierra Resort and Casino in Reno Nevada.