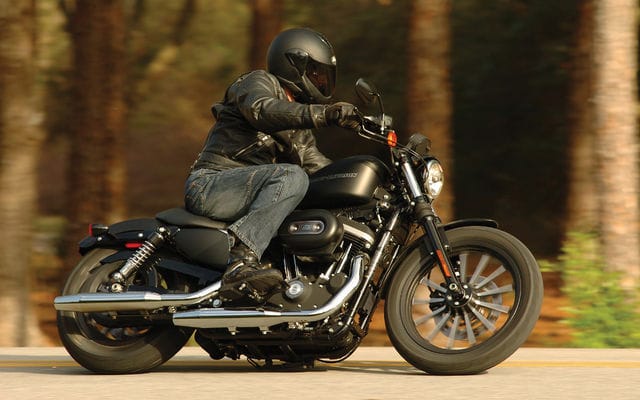 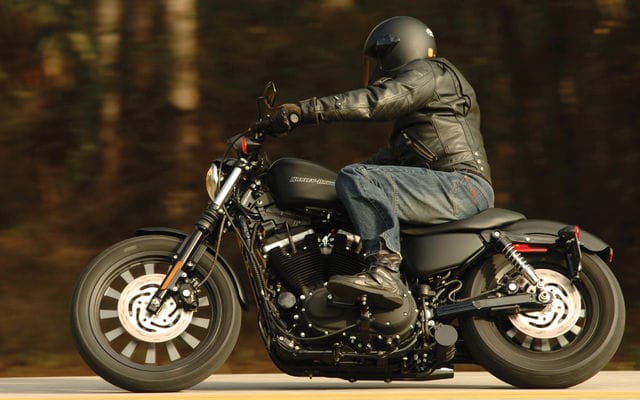 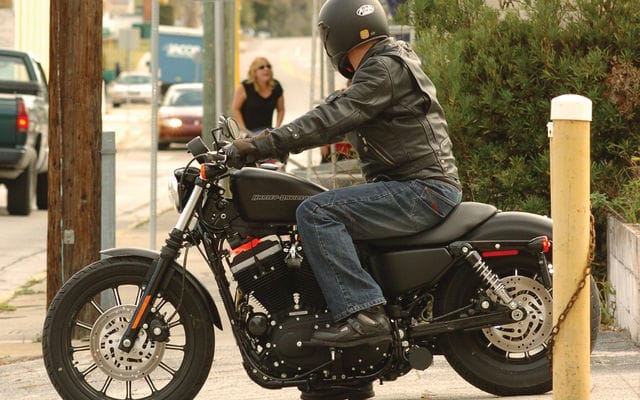 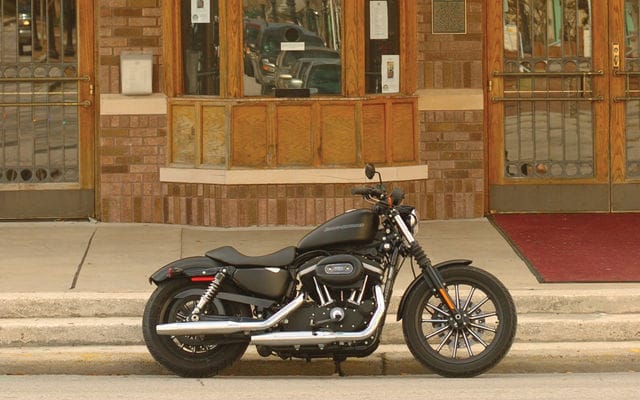 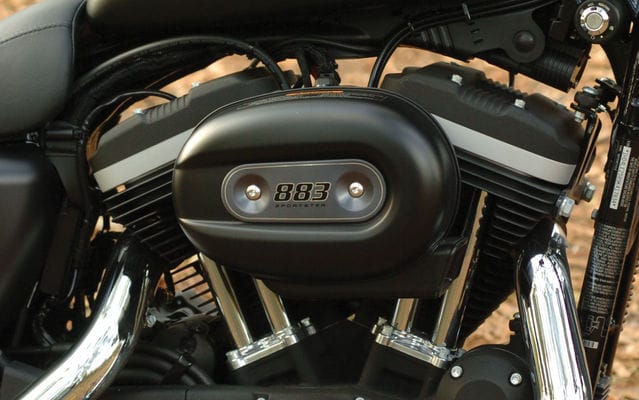 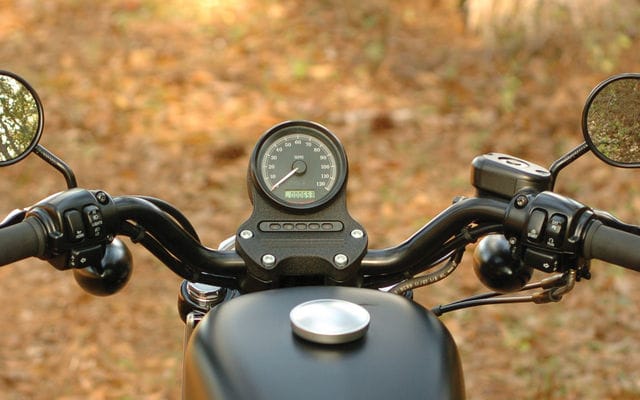 Time marches on everywhere you look. Except at Harley-Davidson. But so what if the Sportster is the Stonehenge of motorcycles?

When you make your living spending as much time around motorcycles as I do, it only takes a bike slipping through my peripheral vision for me to make a positive identification. Rarely do I turn my head for a better view of a passing motorcycle, and almost never will I look at a new bike. If I see something vintage I might pause on the sidewalk, as I did last week for a tasty ’60s Bonneville, or, the week before, to have a stunned look at a Honda CB350 ridden by a man wearing hip waders. One of the few modern motorcycles that I’ll take the time to look at may surprise some of you—I confessed this to a friend and he asked if I’d had a recent head blow—it’s a Harley-Davidson Sportster.

With this piece I take my hidden secret public: I think the Sportster is one of the most beautiful motorcycles made. Ever. Before you consider me a defender of all things Harley-Davidson (and taking into account that we also said recently that the Harley V-Rod had the best engine in motorcycling) I must confess to a degree of antipathy toward the brand and its supporters. Meeting a friend visiting from Switzerland last week in a bar, I arrived early and sat across from an obese baby-faced man dressed entirely in Harley branded garb. He had the hat, the t-shirt and the boots. (He didn’t have a helmet, though, and I suspect he arrived by car.) His brashness with the server (“you, hey, come on, I’m thirsty”) only drew attention to his lack of socialization. The listing of foreign beers perplexed him, and when the aggravated waiter snapped and told him “Molson Export in England is a foreign beer, chill out man,” I nearly swallowed my tongue in laughter. The man, defeated, slumped on his stool and was still drinking domestic lite beer when I left two hours later.

Of course it is unfair to make sweeping statements based on one, or even one thousand, enthusiasts. You could easily make fun of Ducati riders and KTM enthusiasts and Gold Wing riders (and we do that, too). But there is sadness in certain Harley riders and their slavish devotion to brand—is it an attempt to fill a void within? Writing about motorcycles is liberating, because you stop caring about how much it costs or who else rides them or what your friends might think. Sometimes a motorcycle is just a motorcycle—imagine that.

As a kid I liked the look of the Sportster because it was the only Harley that didn’t look like it was wearing car tires. I could never understand the connection between fat tires and American motorcycles (and I still don’t get it—since when is a fat ass desirable?) but the Sportster looked more like an English motorcycle, with its gleaming engine and well-proportioned wheels unencumbered by unnecessary doodads.

It is difficult to imagine it now, but the Sportster was once a performance machine. Since its inception in 1957 through the mid-to-late ’60s it was a genuine performance motorcycle. Reviews at the time bemoaned its lack of sophistication in much the same way that we complain about the uninviting accommodations on current sportbikes—modernity has brought sophistication to motorcycles, yet performance always comes at a cost. But while the days of the Sportster as a performance machine are long gone, it has something that no other current motor-cycle can boast: a through-line connecting the very first machine to every Sportster made in the last 52 years. And this is why the Sportster looks so right.

Unlike Triumph’s Bonneville and Ducati’s Sportclassic—a pair of motorcycles often lumped in with the Sportster under the retro banner—the Sportster isn’t retro. While it has changed greatly during its production run, the primary visual relationship of engine to wheels to fuel tank has soldiered on unchanged. As the Bonneville gained an unweildy paunch and the Sportclassic developed the pumped-up muscles of a middle-aged bodybuilder, the Sportster escaped the indignity of change.

Harley, in its literature, calls the Sportster “the starting point for choppers and daredevil stunt riding of the ’70s,” then goes on to say that the smooth clutch effort of the 883 Iron, tested here, “keeps the rebellious spirit alive.” That’s one way to look at it. More accurately, what the 883 Iron shows is that Harley is the undisputed champion of the painting, plating, powder coating and polishing arts. Every year Harley rolls out a “new” Sportster that is mechanically virtually identical to the “old” Sportster. But an engine cover that had been polished is now black and what had previously been chrome is now polished. It’s simple and yet it works marvelously.

Reviving the “Iron” moniker is a plucky call, and it tells you about the level of confidence that echoes around the halls at Milwaukee headquarters. Iron refers, if only elliptically, to the woefully ill-suited material that Harley used to employ in the cylinder heads of past Sportsters. Heavy, and, unlike aluminum, reluctant to shed heat, it’s a material that only Harley would have had the nerve to use on a motorcycle made after the Second World War. Say what you will of Harley-Davidson’s peculiar relationship to technology, but you could never accuse them of succumbing to peer pressure.

As I grab the narrow handlebar and lift the Iron 883 off the sidestand I am startled by the weight (256 kg/564 lb.) of such an emaciated-looking motorcycle. Then I’m shocked by the distance that my buttocks sink down to find the 668 mm (26.3 inch) seat. Harley-Davidson, by slamming seats farther and farther toward the tarmac, is allowing an entire generation of legless humans the pleasure of experiencing motorcycling.

Indeed if you are of normal build (i.e., with legs) you are likely to find the riding position peculiar. I have written before that Harley seems to design its motorcycles and then, at the last possible minute, to realize that humans will have to ride them. Then ensues panic as places must be found to stick shifters and footpegs and brake levers. The riding position—arms out, knees up, butt down—during my first few kilometres of riding brings to mind a fleeting image of hanging onto the bumper of a Belleville city bus and being dragged for half a block on snow-covered streets until the choking diesel fumes compelled us to let go. It also explained why all the people that I’d seen riding Sportsters seemed to have freakishly long inseams.

The weight, which seemed excessive at rest (like it was made out of—let me think—iron) disappears at anything above trolling speed. A skinny 19-inch front tire gives light handling and the rubber-mounted engine jiggles about on its mounts but nothing much gets to the rider until highway speeds. If you frame your view of the Sportster as a vintage bike that they just kept on making with worthy upgrades, it becomes much easier to forget its flaws. But if you don’t view it though the lens of nostalgia then it’s merely an overweight and underpowered anachronism that predates President Kennedy. But since we’ve managed to whitewash Kennedy’s shortcomings, why be so hard on the Sportster?

We at the magazine yak on excessively about the fragmented segments of motorcycling: sport tourers and adventure tourers and nakeds and power cruisers. It’s enough to make you think that every machine has a category of its own.

But rather than rectify the silliness I’ll do the opposite and add anther category that fits the Sportster better than any other machine: it’s the best machine to ride with an open face helmet and running shoes on a Saturday night. I’m not sure exactly why it’s necessary to wear inappropriate footgear, but it’s a claim I’ll stick by. It is not a machine that you should have to dress up to ride, in the same way that taking a load to the dump in an old pickup shouldn’t require a dedicated outfit. If I lived in a small town and pottered back and forth between my workshop and my house for a total of 80 kilometres a week then I, too, could own this bike.

Problems arise, however, when you have to travel farther. The riding position quickly becomes cramped and the engine is stretched beyond its comfortable operating range when the speed passes 100 km/h. The rest of the bike is only adequate, too. The front brake will stop you from riding through the back of the garage but is very Harley-like in its mediocrity (I mean braking mediocrity—hold those letters). The forks bob up and down alright but the rear suspension travel—and I don’t care what the official quote is—feels like 5 mm from the seat of the pants.

But, and there is always a but, the fuel-injection is flawless and the vibration so calmed my jittery nerves at low revs that I nearly fell asleep at the tiller. And then there is the finish. Black on black on black with shiny nuts and bolts works for me, and the finish (called black denim—it also comes in silver denim) should wear better than the dark finish that Ducati sprayed on so many Monsters. Somehow bruises and scratches and dents work better on a Harley than on a Ducati. Perhaps it has something to do with pushrods.

Like criticizing a Ducati for expensive maintenance, listing the woes of the $9,999 bare bones 883 Iron hardly seems a worthy effort—it’s just part of the machine, and if you don’t like it there are plenty of other choices out there. Waiting inside a barbershop one afternoon, I grabbed a five-year-old issue of Time and flipped though the pages with the titillating sensation of a man that could forecast the future.

Looking up from the magazine, I caught the reflection of the 883 parked curbside and was startled by its purposeful muscularity. There is something about that peanut tank perched on the narrow degree of those cylinders that makes me want to ride on down to my favourite bar and close the joint down. But don’t worry, I’ll stumble home on foot and fetch the bike tomorrow morning. And if some other drunk carves their initials into the fuel tank? I’m fine with that—anything that gives you a good story is worth it in the end. If you were hoping for a more analytical review of this bike you’ll have to search elsewhere, because just like my fondness for all-girl punk bands, Merle Haggard and women who swear too much, I don’t think that I can state my fondness for something that I like this much in the usual way.