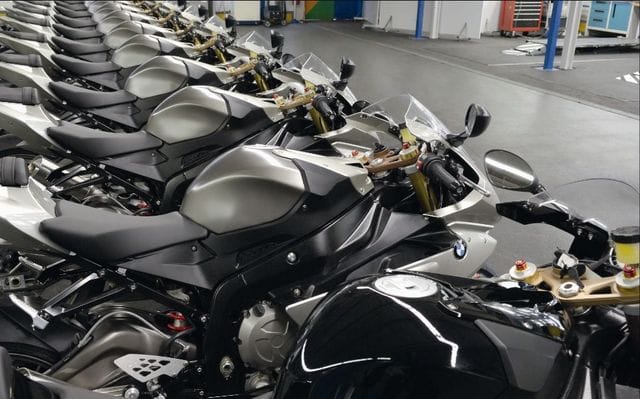 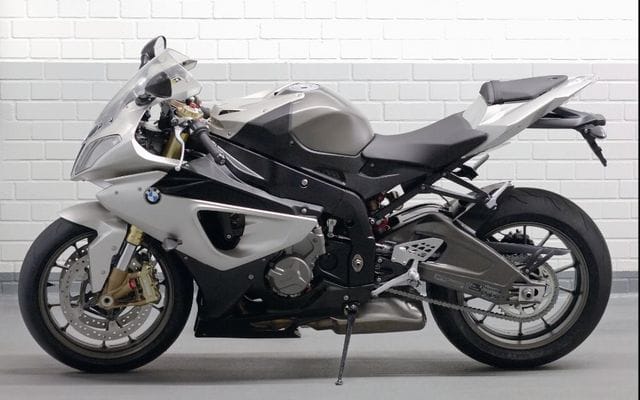 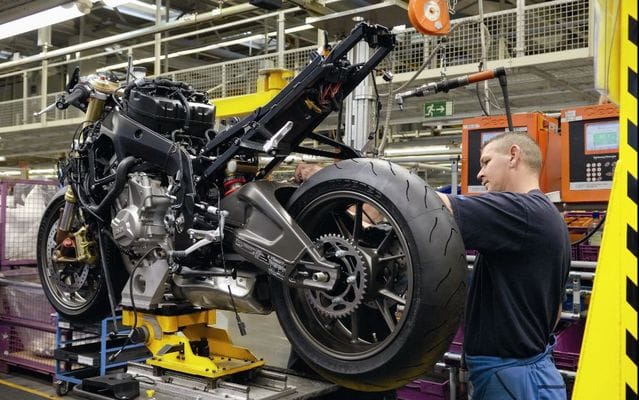 In anticipation of BMW’s World Superbike debut on March 1st at Phillip Island, the homologated version of their racer, the S1000RR, has already begun to roll off the assembly line at their Berlin production facility.

The 999 cc in-line four engine powering the 183 kg motorcycle was designed with knowledge gained from BMW’s Formula 1 program, and will feature a unique four-mode ABS system and a dynamic traction control similar to that used on the race version of the S1000RR.

Typically enigmatic of BMW, a buyer’s sense of aesthetic will be challenged by the available paint schemes: Mineralsilver Metallic, Acidgreen Metallic, Thundergrey Metallic and the colours found in their racing livery, Alpinewhite/Lupineblue/Magmared Metallic.