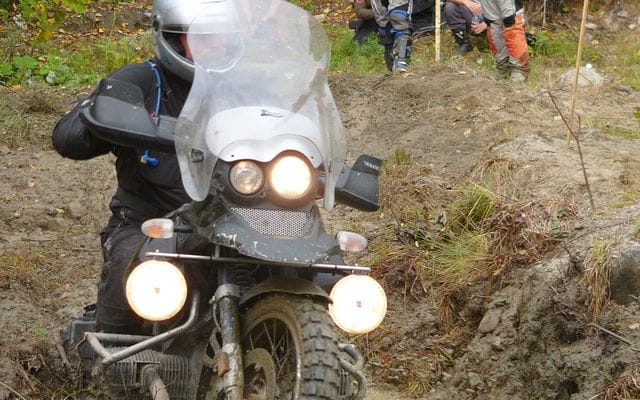 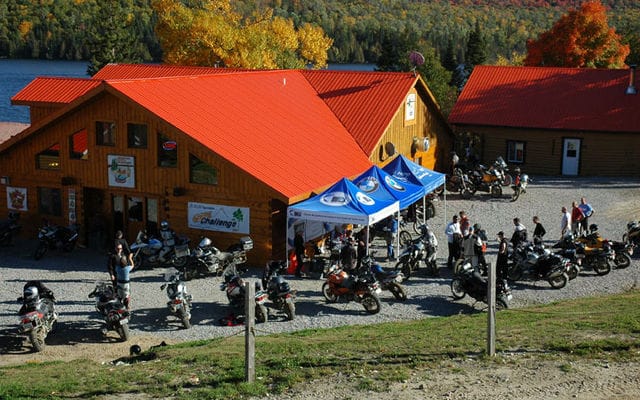 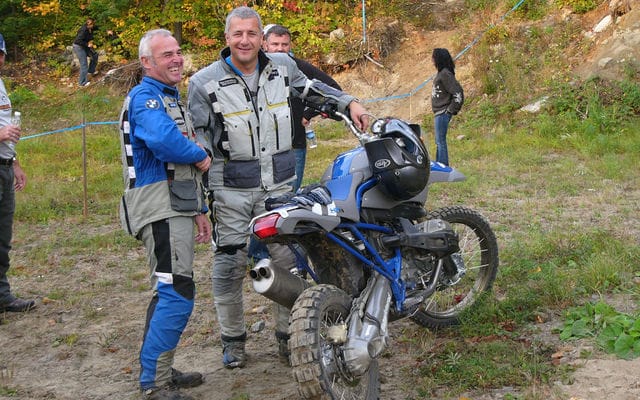 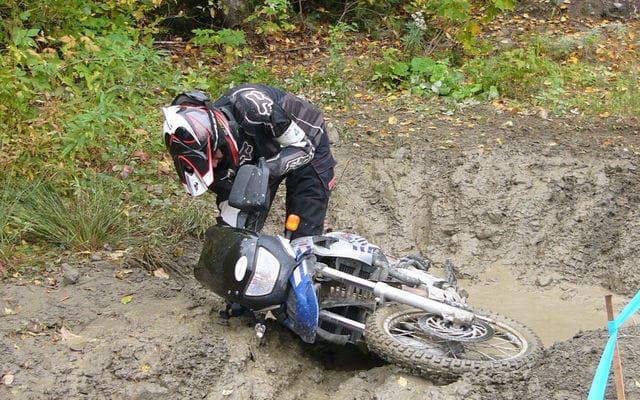 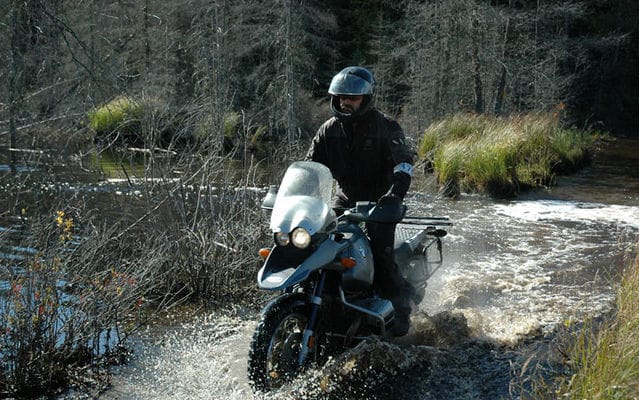 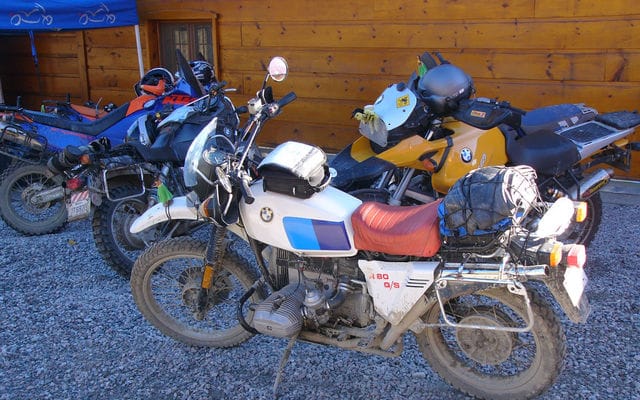 The Great African GS Challenge, organized by BMW Motorrad South Africa, was first held in 2004 and has since become an annual event (see CC, May 2007). The GAGSC (www.gagsc.com) is an off-road rally primarily for riders of BMW GS models, though riders of other makes can participate. In 2007 the rally migrated to Canada with the first event taking place in Quebec’s scenic Laurentian Mountains, hosted by Montreal BMW dealer Moto Internationale. With coffee in hand and a BMW G650X Challenge loaded in the van, my girlfriend Shantal and I set off for Mont-Laurier, about 240â¯kilometres north of Montreal to meet with the organizers and participants of the inaugural Canadian version of the rally.

During our pre-rally briefing, we were reminded that it is not a race. We were to follow predetermined routes and take part in special tests along the way that challenge a rider’s skill. Thirty-five riders took part in the event, and chief riding instructor for BMW Motorrad, Tom Wolf, flew in from Germany to assist and educate riders in proper off-road riding techniques. We were split into groups of three to four and given the required score-keeping documentation.

Home base of the event was a hunting and fishing lodge called Pour-voirieâ¯du Lac Beauregard. Leaving Mont-Laurier, the roads leading to Lac Beauregard were a mix of paved secondary and gravel roads, and the sunny and dry weather made conditions quite dusty on the gravel portions. I took advantage of our first stop to adjust the rear suspension sag on the G650X Challenge I was riding, lowering the ride height for a better reach to the ground, something that is quite easy to do on the air-adjustable rear shock.

At the start, groups were flagged off at five-minute intervals. Having last ridden on dirt 10 years ago, I was fortunate to be part of a team that captured the essence of the “it’s not a race” message and we settled into a leisurely pace down the scenic sandy roads, where my confidence quickly returned.

As we rode into our 92 km first-day loop on gravel, clay and sandy roads, I recalled my younger years riding aimlessly through the forest roads of northeast Ontario and realized how much I missed this aspect of riding. We soon arrived at a sand pit and the site of the first special test. We were to crest a short grade, turn sharply to the right (at a walking pace) then ride down the other side. Fifty points were available with 10â¯points being deducted each time a foot touched the ground, and 20 being subtracted if a push was needed. I scored 40â¯points after having put my foot down for the sharp turn.

Our next stop was the final special test of the day. While the sandy hill about 60â¯metres long wasn’t too challenging, it was the absence of a runway at the bottom of the hill, which butted up against a marshy creek that made getting a good run difficult. We watched as one competitor after another lost traction and momentum on the way up. With the sun setting and temperatures dipping, it was my turn. I planned to start in second gear, pin the throttle, slip the clutch and hope for the best. My strategy worked, as I was the only rider to crest the hill unaided and without putting a foot down. We rolled into the lodge in darkness and I looked forward to a hot meal and some rest.

Saturday’s program began with the final special test; a short course laid out near the cabins. The course consisted of three water-filled ditches (about two metres long and one metre deep), two small sandy hills with a sharp low-speed turn, and a short, narrow and very tight technical section of trail through the woods. After a quick demonstration by Tom Wolf and Moto Internationale president Charles Gref, riders were called out one by one. A group of judges, consisting mostly of participants’ wives and girlfriends (including mine) were positioned around the course to ensure that everyone was judged objectively. It began raining shortly after the start, making things even more challenging. I got through unscathed although I lost points for putting a foot down on a few occasions.

Shortly after lunch we rode a short 55â¯km loop, which despite being particularly wet because of the rain, was uneventful. We remitted our score-keeping documents and prepared for supper, where the winning team was announced—and two out of the three riders were on KTMs, much to the chagrin of event organizers. I don’t know where my team finished, besides, one of our team members didn’t ride on the second day. It wasn’t about winning anyway; I got a taste of dirt that I hadn’t savoured in a decade, met interesting people and had a great time.