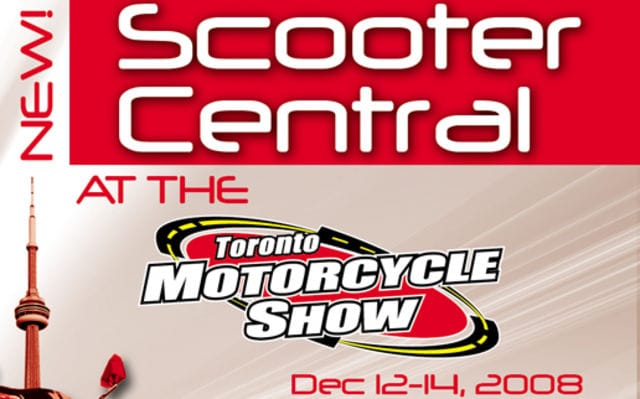 Presented by Scooter Canada and Cycle Canada, Scooter Central makes its debut at this year’s Toronto Motorcycle Show being held from December 12th to 14th, 2008.

Scooters have become increasingly popular in recent years with unit sales exploding over 100% between 2003 and 2008 to an estimated 11,000 units by the end of this year.

More and more people in major Canadian cities are choosing scooters because of their high gas mileage, eco-friendliness and simply because they’re fun to ride. No longer just a fad for the younger generation, scooters have become a socially responsible alternative to cars for urban commuting.

Whether you’re a new or experienced rider, a visit to Scooter Central will provide you with details about the scooter scene, and provide you with valuable tips about choosing the right scooter and surviving the congestion of city streets.

In addition to information about clubs and events, you can also meet the staff of Scooter Canada and Cycle Canada and be able to get the best deal on a subscription to the magazines.

For more details on Scooter Central  including the locations and times for this year’s motorcycle shows, please visit: www.motorcycleshows.ca