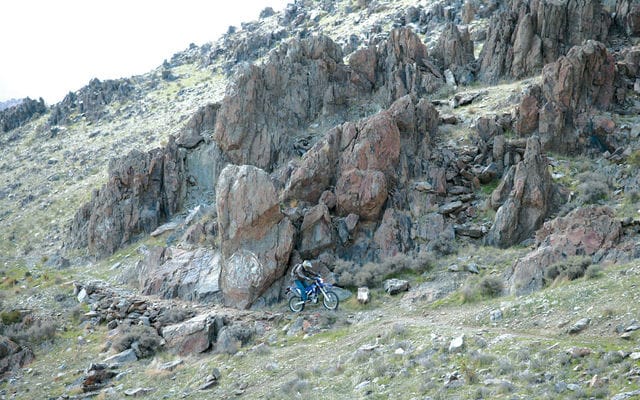 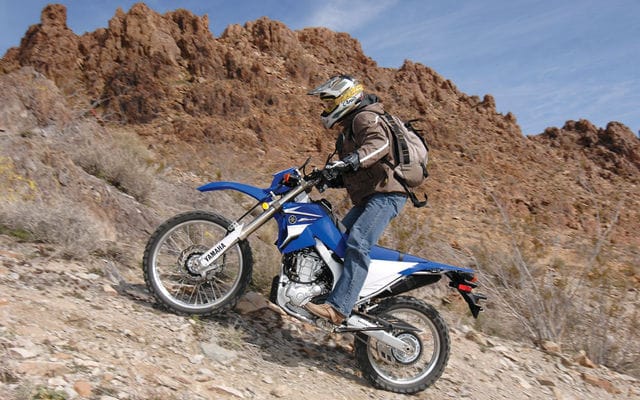 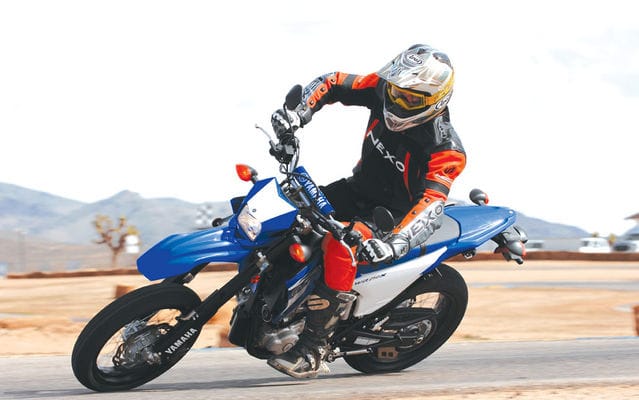 Overlooked by magazines and consumers alike, small displacement singles like the WR250R dual-sport and WR250X supermoto are worthy of a closer look.

Dual-sport enthusiasts searching for competent off-road performance were forced to sidestep Yamaha, which until now only offered the big-wheel BW200 beginner bike and the XT225 playbike. The XT is upgraded to a full 250 cc for 2008, but off-road performance remains modest. Yamaha’s marketing research indicated that demand existed for a serious, smaller-displacement dual-sport, and in North America dual-sport popularity is on the rise. Though it equates to only 5 per cent of the Canadian market, it was time for a new machine.

Yamaha acknowledged its lack of street-legal dirt bikes, at a time when an increasing number of trail riders are looking to link trails via public roads, and the WR250R is Yamaha’s answer. While they were at it, they whipped up the WR250X for the street/supermoto crowd.

The engine shares bore and stroke dimensions with Yamaha’s YZF motocross and WR enduro bikes, but because it’s a street bike engine, and must maintain highway speeds without being torn down every few races, it is considerably more robust. And heavier—at a claimed 134 kg (295 lb) wet it’s porkier than a competition machine but still a lightweight compared to other dual-sports (Suzuki’s DR-Z400S claims 132 kg/291 lb dry).

The WR is powerful enough to highway cruise at 120 km/h, effortlessly keeping up with surrounding traffic. Six well-spaced gears combine with a broad spread of power to make the engine feel larger than its 250 cc capacity, and a counterbalancer makes it sewing machine smooth. Bodywork is racy and thin through the midsection and the riding position is comfortable, complemented by a seat sufficiently comfortable for longer rides.

The WR250R is a full-size motorcycle with a tall seat (930 mm/36.6 in) and the suspension does not sag much under a rider’s weight. Both WRs come with passenger pegs and a dash that features a full complement of warning lights and digital trip information. A single radiator saves weight and is fixed to the right side, ahead of the 7.6-litre fuel tank, while a thermostatically controlled electric fan and ducting vents guide hot air away from the rider.

Off-road, the R model is competent and its weight easily manageable. A Japanese rider at last year’s ISDE rode a WR250R and finished in the top half of the E1 class; a testament to its performance. But general trail riding and exploring is where the R will see most of its use, and it shines in this environment. Suspension compliance is advanced for a dual-sport bike; the settings deliver a surefooted ride, and even after some heavy landings off-road it tracks straight and doesn’t kick or pitch sideways. Stand on the pegs and squeeze the frame with your legs and you can ride it like a true enduro.  Bridgestone Trail Wing tires are a 50-percent-on, 50-percent-off-road design and a good compromise considering the R’s capabilities. In the high desert near Victorville, California, where Yamaha introduced the WRs to the press, the surface is loose and sharp-edged rocks are abundant. The tires work well off-road and are predictable, yet have sidewalls robust enough to lend confidence on pavement. The frame is cast aluminium, and the 250R has a steering-head angle (at 26.7 degrees) slightly less steep than the 250X’s 25.3 degrees. The bolt-on rear subframe and under-engine cradle are made from steel and easily replaceable.

The single rear shock is a Japanese-made Soqi. The usual adjustments are available: spring preload and rebound and compression damping, with a 23 mm range of ride-height adjustment, which can be used to lower seat height. Both models are fitted with a compression and rebound-adjustable 46 mm KYB inverted fork, held in place by forged aluminum tripleclamps, the top clamp allowing 10 mm fore and aft handlebar adjustment. The only significant change to the suspension between the two models is in the spring and damping rates; the 250X has firmer, supermoto-worthy settings.  After our trail ride on the WR250R, we headed to the short and sinewy Grange go-kart circuit. Smaller-diameter wheels on the WR250X lower seat height to 895 mm (35.2 in.) and also lower overall gearing. To compensate, one tooth is removed from the rear sprocket. On the track, 17-inch Bridgestone BT090 radials grip so well that rider bravado is the only speed-limiting factor. Even on a cold day, the 250X can be leaned over far enough to grind footpegs. Ultra-quick steering and effortless turning transitions are assets while cutting fast laps, but with all the traction it pays to keep cornering speeds up, especially since horsepower is modest.

The X model uses a 298 mm wave style front rotor that invites supermoto-style late-braking manoeuvres. Should an owner of the dual-sport R decide to splurge on a set of 17-inch wheels to replace the 21-inch front and 18-inch rear, the transformation would also have to include the front disc and the brake caliper and carrier, as the 250 mm front disc on the R model would surely overheat under racetrack stresses. Both machines use a 230 mm rear disc and single-piston caliper.

After a day in the saddle, it’s clear that these machines are not just light-hearted playbikes. The $7,299 WR250R is a worthy off-road companion that won’t have you dodging authorities when you ride public roads to your favourite trails, while the $7,699 WR250X’s lower seat and nimble handling make it an ideal urban bike. Either way, choice is a good thing.