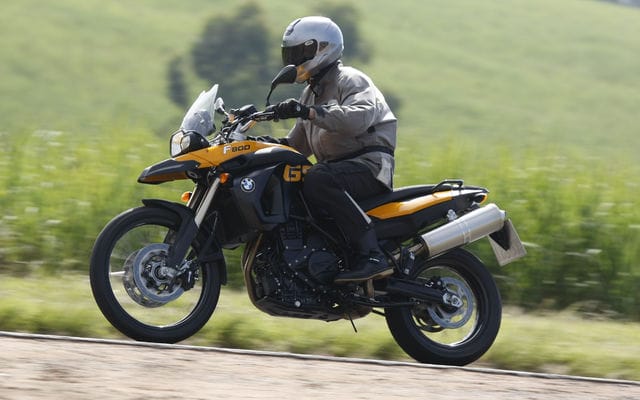 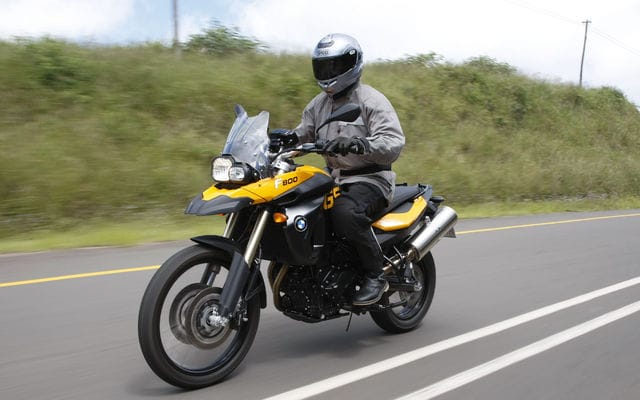 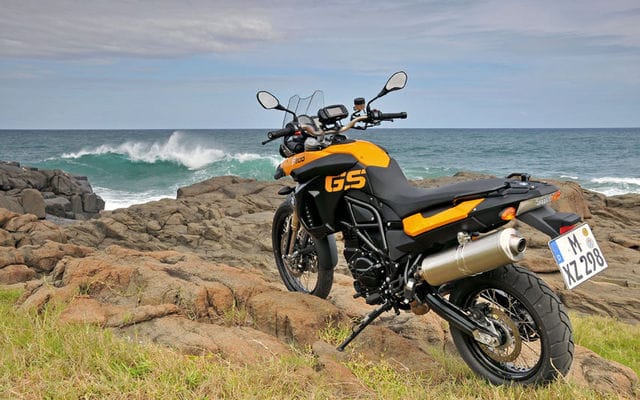 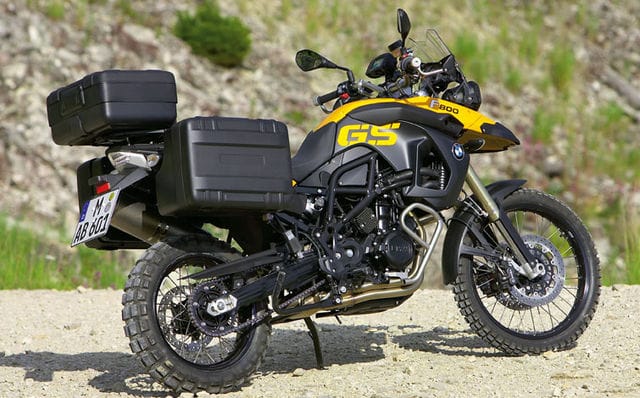 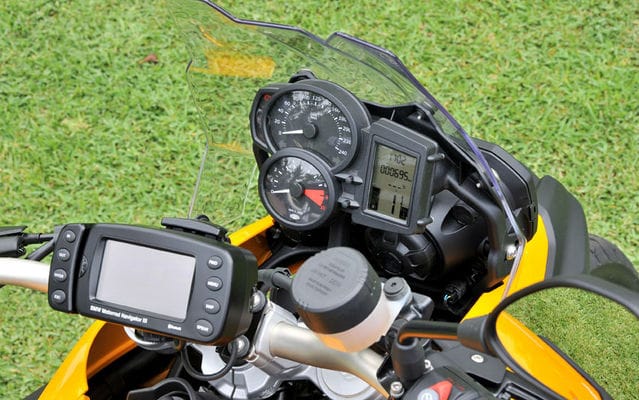 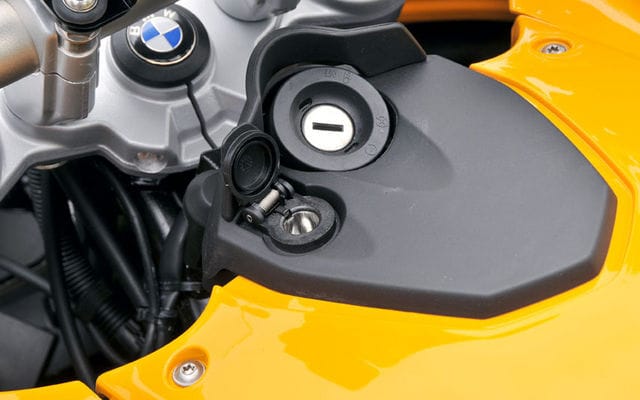 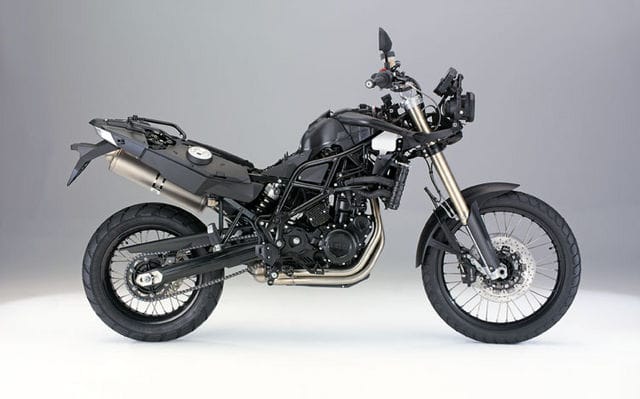 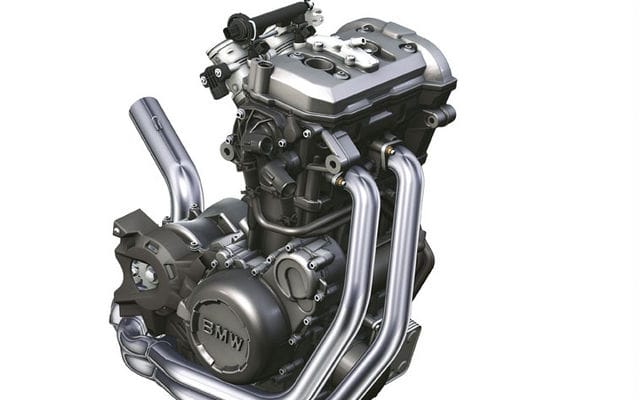 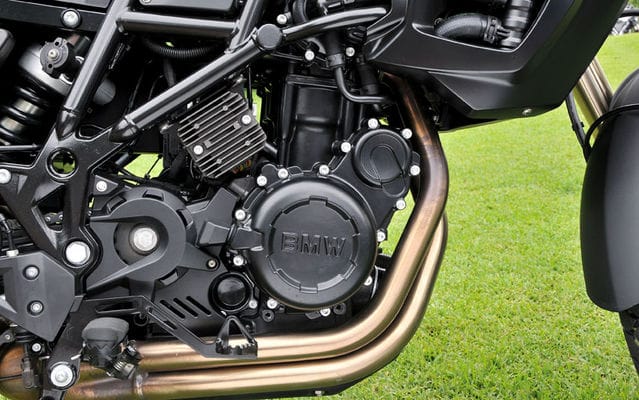 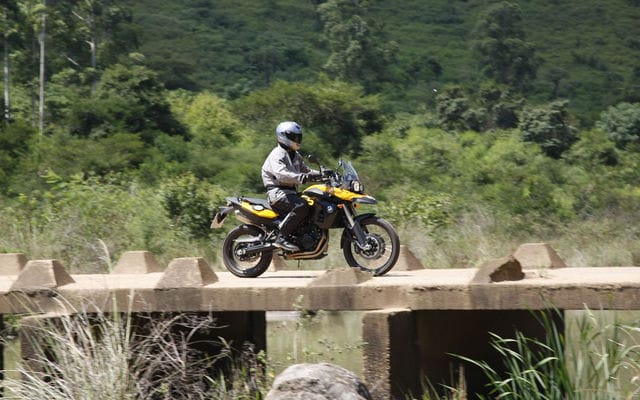 Few scenarios lend themselves so naturally to comedy as a German language press conference spontaneously translated into English. But here we are, outside at night, breathing in dense African air and listening via tiny headsets to BMW product planners tell us of its newest motorcycle, the F800GS.

The translator—who rightly knows that fluidity trumps hit-it-on-the-head accuracy—pours forth a sea of language about the featured motorcycle, but the combination of German through the loudspeakers, English through an earpiece and a couple of pre-conference cocktails causes me to fixate on the bald spot of the man sitting in front of me.

I wake the next morning remembering only the fruity beverages that appeared on serving trays held aloft by fair maidens. But press launch planners anticipate travelers’ amnesia, and a glance at the press kit literature shows that BMW is chuffed about its latest addition.

BMW’s resurgence in recent years can be traced back to the success of one model—the GS. The oddball combination of a Boxer engine paired with a dirt-bike chassis has been an international hit. In its German home market, it led BMW from a dismal sixth in manufacturer sales to number one, with the GS becoming the best-selling motorcycle in the country. It is a motorcycle that works much better than the sum of its parts would suggest. So well, in fact, that it remains my favourite do-most-anything motorcycle, even though the Boxer is, admittedly, not my favourite motorcycle engine. But it remains a tall, expensive motorcycle, and unless you’re unusually gifted off-road, it is really more of a bad-road bike than an off-road bike.

BWM has been frank in stating that its goals are to appeal to a younger demographic, and its product range has ballooned in an attempt to be everything to everyone—this year the 450 enduro arrives and next year they’re going World Superbike racing—and they have been equally brazen in choosing unfamiliar-to-them engine configurations.

Along with the familiar flat-twins they have singles, transverse fours and even a longitudinally mounted flat four in the K1200LT. Then the F800S and ST introduced parallel-twins with belt final drive, and it is this model that the F800GS is most closely related to. But if the words parallel twin and BMW still seem an odd mix, there is nothing at all unusual about the dirt and street orientation of the F800GS; it fits neatly into a niche they alone created.

Throwing a leg astride the BMW prior to departing from our Durban, South Africa hotel, my first reaction is at the slimness of the F800GS, and though quoted weight is 185â¯kg (408 lb) it feels even lighter. Compared to the road-going F800S and F800ST the abbreviated bodywork of the GS makes it seem more like a single than a 360 degree 798 cc twin. Also pleasantly surprising is the raspy exhaust note, which is a vast improvement over the bland song of the parallel-twin roadster. Whether BMW intended to give the F800S and ST the drone of a delicatessen’s meat-slicer will never be known, but the aural improvement on the GS is striking.

BMW claims 85 hp at 7,500 rpm, but it is not an engine that needs to rev to be entertaining. Good pulling power begins at 3,000 rpm, but below that, engine response has the oversensitivity to small changes in throttle position that typify most modern fuel-injection systems.

What is most endearing about the GS’s engine is that even a modern, sophisticated, counterbalanced parallel twin has characteristics that connect it to its ancestors. In other words, it has parallel-twin buzz, despite a third connecting rod attached to a weight to balance out first and second level mass forces.

But you need not fear that vibration will spoil the show, as the difference between this engine and a vintage twin is measured in light years, and vibration is only a tolerable tingle through the footpegs at engine speeds over 6,000â¯rpm. A soft rev limiter chimes in at 9,500 rpm but abundant torque means that revving it to the clouds is unnecessary, and 120â¯km/h is at an indicated 5,000 rpm while 140â¯km/h is at 5,800â¯rpm—both below the point where vibration intrudes.

Riding the F800GS reminds me of what is so likable about the R1200GS: a rational riding position and usable performance. The wide handlebar and feet-below-the-hips riding position suits any road surface at any speed, and performance is exemplary between 80-140â¯km/h, which is where most of us do much of our riding. The small fairing and windscreen do a good job of diverting windblast away from the chest, which is essential on a machine with such an upright riding position, and wind buffeting around the helmet is minimal.

Comparing the F800GS to the F800S and ST roadsters reveals a startlingly different motorcycle. Most obvious visually is the forward bank of the cylinders, which are leaned over 30 degrees on the S and ST but only 8 degrees on the GS, a move made to compact the mechanicals of the motorcycle to allow a shorter wheelbase. Internally the engine is similar, but with revised camshaft profiles to bolster low end power to better suit the GS’s mixed surface mandate.

Additionally, the frame is specific to the GS, and the clutch cover has been modified to allow for increased foot room. The running gear has also been substantially revised, with the roadster’s single-side swingarm and belt drive jettisoned for a conventional twin sided swingarm and dirt friendly chain drive. Wheel diameter is also revised, with the 17 inch rear joined by a 21 inch front.

As a once-a-year dirt rider I should exercise discretion, stay away from the optional “expert” off road course, and spend time tanning poolside. But I’ve come too far to chicken out, so I pop off the removable rubber footrest rubbers to reveal metal cleats and head into the wild. My progress is rapid until I encounter a series of deep ruts on a steep incline. The parched dirt is covered with a dusting of gravel that renders it as slick as Teflon, and the Bridgestone BW-502 dual-sport tires struggle to grip, even with pressures lowered. When eventually I drop into a foot-deep rut, I “fold like an omelette,” in the words of the rider behind me, and tumble down a grass embankment leaving the motorcycle propped upright behind me.

It is only the weakness of the GS’s pavement biased tires that prevent it from being an excellent off-road mount, and it is far more nimble than the R1200GS. (Honesty compels me to state that some made it up the hill on the same tires, so perhaps I’m the problem.)

Different manufacturers excel in different areas of motorcycle design, and BMW is perhaps better than anyone else at calibrating suspension. BMW’s sport touring machines usually find the ideal balance between compliance and athleticism, and the F800GS continues this trend, as without adjusting the fork’s preload or rebound damping or the shock’s preload we tackle everything from fast sweepers on paved roads to gnarly cow paths.

Wheel travel is a claimed 230â¯mm from the 45â¯mm inverted fork and 215â¯mm rear, for a seat height of 880 mm (34.7â¯in) or 850â¯mm (33.5â¯in) with the lowered seat option. Before you dismiss the GS for its near 35 inch seat height, you should try one first. Mounting the fuel tank underneath the seat allows for a very narrow juncture at the front of the seat, and combined with the narrowness of the engine it makes it feel like seat height is at least a few inches lower than quoted.

At the launch we Canadians are teamed with a trio of intense Swiss testers, and during a break, one repeatedly runs his machine to high speed and slams on the brakes to test the function of the anti-lock brakes. Perhaps this is a useful way to test ABS, but it’s not the Cycle Canada way. I wait until late in the day when we’re tired and riding into a blinding sun, in heavy traffic, in a congested urban area at rush hour. I allow myself to be distracted by an African woman walking down the sidewalk with a good-sized kitchen table balanced on her head. It is then that I notice that my riding companions are stopped at a red light. I stab the brakes and the twin front 300â¯mm floating rotors and dual-piston calipers (out back is a 265 mm rotor with single-piston caliper), under the ever-watchful eye of the ABS computer, slow me so calmly that no-one looks my way, even though I nearly head-butt my mates into the intersection. I hope that potential buyers pay heed to my warning: don’t skimp, order the optional ABS, and don’t use the excuse that ABS is a hindrance in the dirt—a button near the clutch lever easily disables it.

My question before riding the F800GS was if it would displace the R1200GS as my favourite all-rounder, but it’s not so simple a question to answer. If you want mainly to tour with the occasional jaunt down a country road, then the lazy Boxer engine and more welcoming seat of the 1200GS mark it as the better choice. But for anything less than coast-to-coast distances, the 800GS is perhaps the better motorcycle, especially considering its off-road superiority and that its price, at $12,250, is $4,500 less than the R1200GS. The only drawback is that BMW has announced that production units will not reach our shores until the fall of 2008, making the F800GS a 2009 model. But for those of us that have taken a long look down a dirt road and wished that we could take the path less travelled, it just might be worth the wait.