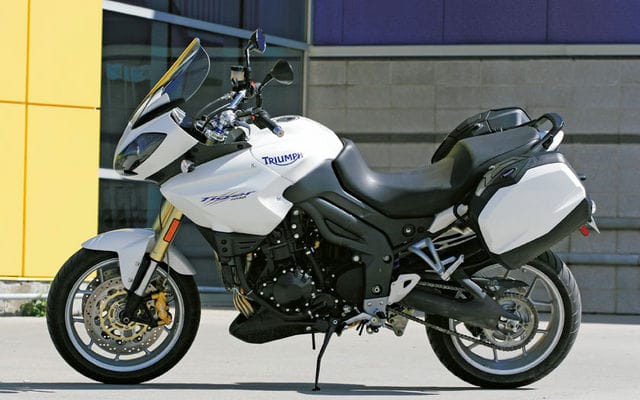 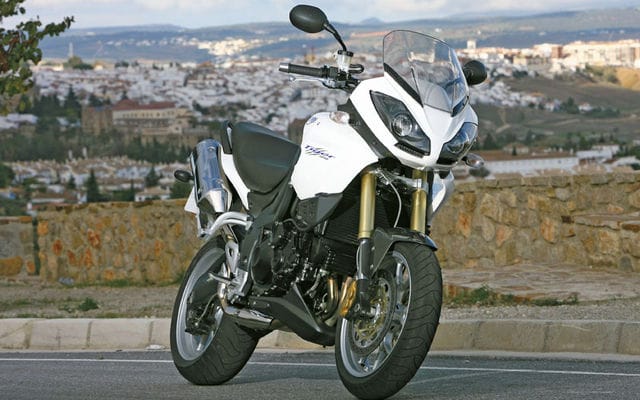 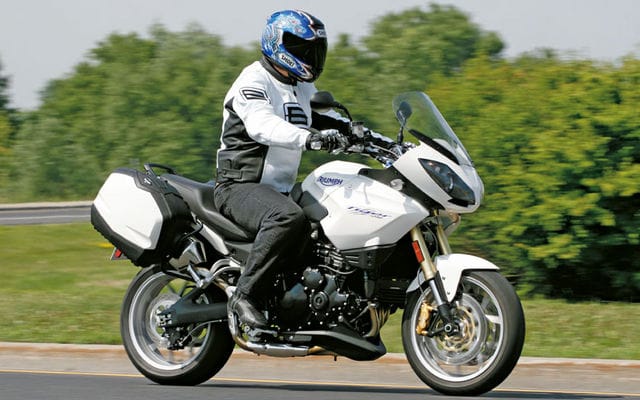 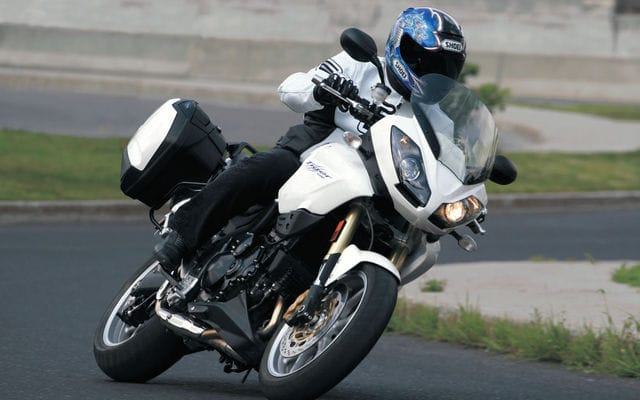 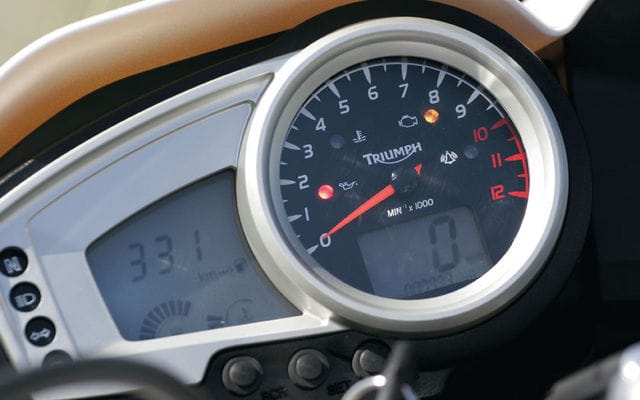 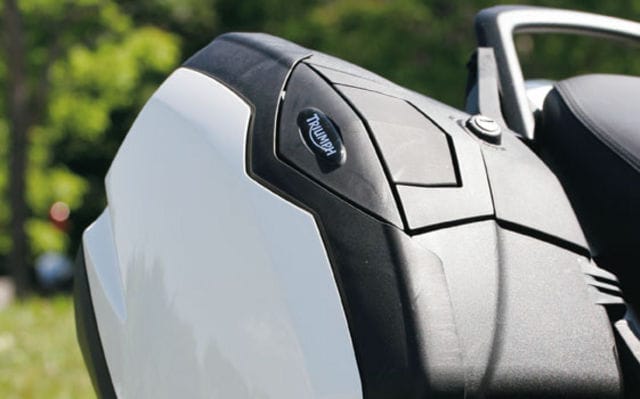 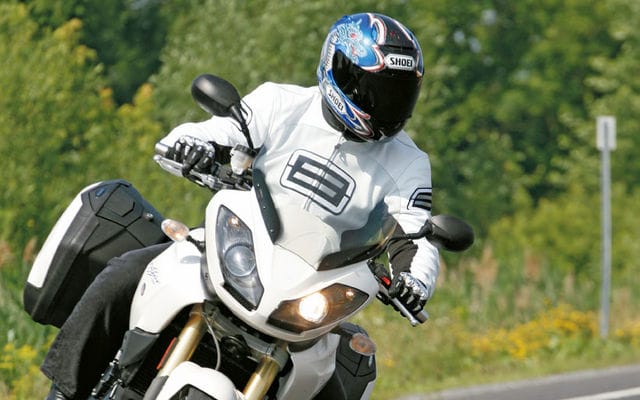 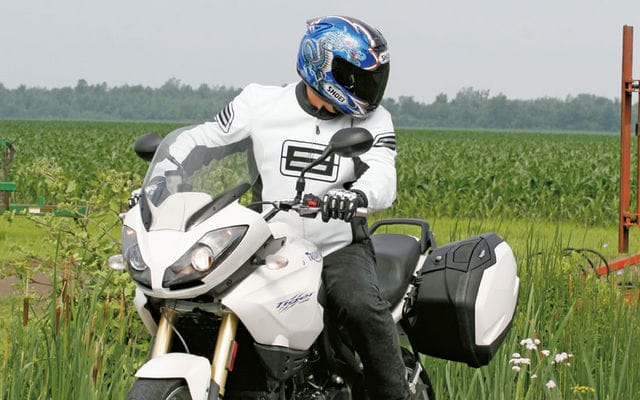 Manufacturers are constantly reinventing the motorcycle. New categories are created and then subdivided into even more categories. We struggle with this when gathering information for Cycle Canada Buyer’s Guides, as it’s difficult to classify certain bikes. Is it an adventure-touring bike, a dual-sport, a standard or a naked bike? Although there’s no clear definition of what an adventure-touring machine should be, the class is reserved for bikes with large displacement engines, lots of suspension and large diameter wheels capable of accepting aggressively treaded tires—mainly models like BMW’s GS series and KTM’s aptly named 990 Adventure.

It is with conviction, however, that we believe any motorcycle with 17 inch wheels should be considered a street only bike; there’s a reason road race machines have settled upon this wheel size. This doesn’t detract from the fact that bikes like the Buell Ulysses or Ducati Multistrada, which combine sporting wheel sizes with long travel suspensions, make excellent all-round street bikes, but any manufacturer depicting these bikes in off-road situations in sales brochures is kidding consumers.

Although we included the Tiger 1050 (as well other adventure-touring impostors) in the adventure-touring category in this year’s buyer’s guide (March CC), by Triumph’s own admission it was time the company “stopped pretending that the Tiger was an off-road bike.”

At least Triumph admits that this specialized segment demands specialized machinery and aimed the latest Tiger, redesigned in 2007, strictly at the pavement. For its transformation to full street bike, a rigid aluminum chassis with a twin spar frame and braced swingarm, inspired by Triumph’s Daytona 675 supersport machine, replaced the tubular steel perimeter frame of the old model. It also lost a considerable amount of weight, claiming 198â¯kg (436 lb) dry, down 17 kg on the previous Tiger.

The long legged suspension produces an unnecessarily tall 835 mm (32.8 in.) seat height, though it is 25 mm lower than the previous model. Once seated the Tiger feels much bigger than might come across in pictures, a feeling exacerbated by a somewhat top heavy weight bias. The seat is narrow at the front, but the cockpit widens substantially at the fuel tank despite its reduced capacity, now 20â¯litres down from 24.

The riding position is nonetheless very accommodating, with the wide tubular steel handlebar reaching back to meet the rider and ample legroom available for tall riders, though shorter riders will find the reach to the ground lofty. Seat comfort is good for extended rides, as it is wide and flat, and the raised passenger pillion is generously padded.

Passenger seating is remarkably comfortable, with low mounted footpegs providing a chair like seating position and grab rails that are large and easy to reach. The frame mounted fairing directs wind away from the rider’s torso to about mid helmet level without undue buffeting or noise.
The Tiger’s 1,050 cc inline triple produces a claimed 114 hp with 74â¯lb-ft of torque at 6,250 rpm. It pulls top gear without stumbling from as low as 2,000 rpm, with a marked but linear increase in acceleration from 6,500â¯rpm until the indicated 10,000â¯rpm redline where the abrupt rev limiter kicks in.

Gearbox action is not as smooth as on some of the Japanese offerings; it’s somewhat clunky in operation and sometimes needs a second or so of pressure on the shifter to initiate a gear change. The engine is powerful enough at lower revs to easily handle short shifting so frequent trips to redline are not necessary, although it produces a pleasing exhaust note that tempts you to occasionally rev it needlessly. Unnecessary revving aside, our test bike managed a very respectable 5.4 L/100â¯km (54â¯mpg), providing about 375â¯km between fill-ups.

Suspension settings are surprisingly soft, the Tiger soaking up a considerable amount of its travel when laden. The rear shock was delivered with too much static sag, giving the bike a chopperesque riding attitude with a rider on board and making steering transitions lazy. Increasing rear preload raised the rear end and improved steering response, but adequate rebound damping could only be achieved with the adjuster at its maximum setting.

The suspension soaks up bumps effortlessly without a hint of harshness, and with the rear rebound adjuster at its maximum, the bike handles a quick sporting pace well, but settings are too soft for a more aggressive pace or when carrying a heavy load.

The Tiger dives considerably under braking, the machine tending to bounce back up when the brakes are released, upseting corner entry. Increasing compression and rebound damping (one fork is adjustable for compression, the other for rebound damping) and adding some preload reduces this tendency, and overall suspension compliance is very good considering the bike’s intended use.

Despite a rather aggressive steering geometry (23.2 degrees rake, 88 mm trail), very tight turning transitions require a bit of effort and picking the bike up from an exaggerated lean angle is slowed more by the bike’s tall centre of gravity than by its weight, though highway stability is excellent.

Our test bike came with accessory saddlebags installed, and although convenient, they were awkward to use. Two hands were needed to open lids, one to push a button, the other to pull the lid open. Removing the bags was also difficult, needing some tugging and shaking to pry them from their mounts, and once installed, a wide slot at the front of the bags allowed them to sway freely on their mounting tabs, continuously prompting a double check to ensure they were properly mounted. In retrospect, this might be a good thing, as they were never improperly installed or lost, something that can’t be said of other designs. An appealing feature is the colour matched saddlebag inserts, which are easy and inexpensive to replace if damaged in a tip-over.

Instrumentation, which seems to be lifted right off the Daytona 675 is clean and informative and includes a useful trip computer. Clear turn signal lenses might be fashionable, but these were hard to see in daylight, causing those following the Tiger to be caught off guard when it turned onto side roads without apparent warning.

As delivered, the $13,999 Tiger is a great all-round street bike, easily coping with commuter duties and modest sport riding. Add a multitude of touring accessories including saddlebags, top case (77â¯litre combined capacity), taller windscreen and heated handgrips, and it converts to an excellent sport-touring mount capable of taking rider and passenger on extended trips in comfort. A steel fuel tank (previously plastic) allows use of a magnetic tank bag, further enhancing luggage capacity while optional ABS ($1,000) adds a measure of safety.

It’s hard to categorize the Tiger 1050 now that it clearly isn’t an adventure-touring motorcycle, but maybe it’s time manufacturers create a new category and simply name it sensible.